Monday Music "We didn't start the fire" by Billy Joel

I decided to roll with this song by Billy Joel for my Monday Music and since I have been putting up a lot of history stuff on my post it was somehow appropriate. 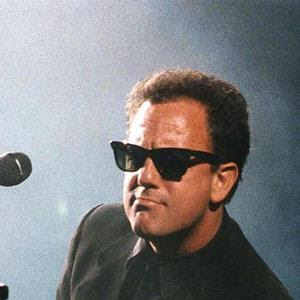 "We Didn't Start the Fire" is a song by Billy Joel. Its lyrics include brief, rapid-fire allusions to more than 100 headline events between 1949, the year of Joel's birth, and 1989, when the song was released on his album Storm Front. The song was nominated for the Grammy Award for Record of the Year. The song was also a No. 1 hit in the United States. 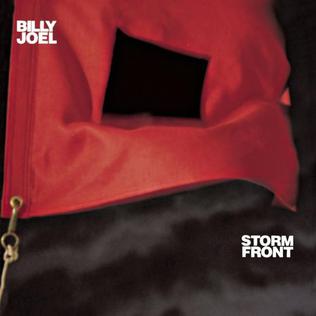 Joel got the idea for the song when he had just turned 40. He was in a recording studio and met a friend of Sean Lennon who had just turned 21 who said "It's a terrible time to be 21!" Joel replied to him, "Yeah, I remember when I was 21 – I thought it was an awful time and we had Vietnam, and y'know, drug problems, and civil rights problems and everything seemed to be awful." The friend replied, "Yeah, yeah, yeah, but it's different for you. You were a kid in the fifties and everybody knows that nothing happened in the fifties". Joel retorted, "Wait a minute, didn't you hear of the Korean War or the Suez Canal Crisis?" Joel later said those headlines formed the basic framework for the song.
Joel has said, "I'm a history nut. I devour books. At one time I wanted to be a history teacher". According to his mother, he was a bookworm by the age of seven. Unlike most of Joel's songs, the lyrics were written before the melody, owing to the somewhat unusual style of the song. The song was a huge commercial success and was Joel's third Billboard No. 1 hit. It was nominated for the Grammy Award for Record of the Year.


I had turned forty. It was 1989 and I said "Okay, what's happened in my life?" I wrote down the year 1949. Okay, Harry Truman was president. Popular singer of the day, Doris Day. China went Communist. Another popular singer, Johnnie Ray. Big Broadway show, South Pacific. Journalist, Walter Winchell. Athlete, Joe DiMaggio. Then I went on to 1950 [...]. It's one of the worst melodies I've ever written. I kind of like the lyric though.


Joel has said, "There's an element of malevolence in the song; it's like waiting for the other shoe to drop." He has mentioned having mixed feelings about the song. "It's a nightmare to perform live, because if I miss one word, it's a train wreck." He has called it a "novelty song" that does not "really define me as well as album songs that probably don't get played", and has also criticized the song on strictly musical grounds. In 1993, when discussing it with documentary filmmaker David Horn, Joel compared its melodic content unfavorably to his song "The Longest Time": "Take a song like 'We Didn't Start the Fire.' It's really not much of a song....If you take the melody by itself, terrible. Like a dentist drill."
When asked if he could do a follow-up about the next couple of years after the events that transpired in the original song, he commented "No, I wrote one song already and I don't think it was really that good to begin with, melodically."

A music video for the single was directed by Chris Blum, which chronicles a white middle-class married couple and their goal of the American Dream: a home, careers, and children. This is symbolised by the constant revamping of a domestic kitchen – 1940s utilitarian turning into 1950s Populuxe, 1960s op art, 1970s earth-colored tiles and macramé, and finally 1980s black lacquer & granite bench tops. This is juxtaposed with symbols of the tumultuous social times of the second half of the 20th century (e.g., bra burning, lynching, and draft-card burning). The singer acts as an unseen but omnipresent observer. During each chorus, Joel wearing sunglasses (similar to Roy Orbison's) rhythmically beats on a black table; in the background, famous photographs (of Lee Harvey Oswald's assassination and Nguyễn Văn Lém's execution, among others) are consumed by fire, a metaphor of the song's theme and title.
The music video on YouTube has over 60 million views as of August 2017