Canada retires the Lee-Enfield after 114 years of service.


I shamelessly cribbed this from the "National Post".  I didn't know that the Enfield was still in front line service with the Canadians.  I really like the Enfields, I have 2 of them. 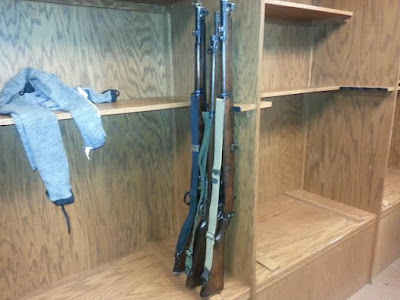 They are from front to back, my 303 Enfield, my Springfield 03A3 and my 308 Enfield.
My Enfield was made at the Ishapore Royal Armory in India in January 1945, She is a  Number 1 Mark III.  My other Enfield is a "308" enfield made in 1968 for the Indian Police.  Both were made in the same arsenal.  I thought that was pretty neat. 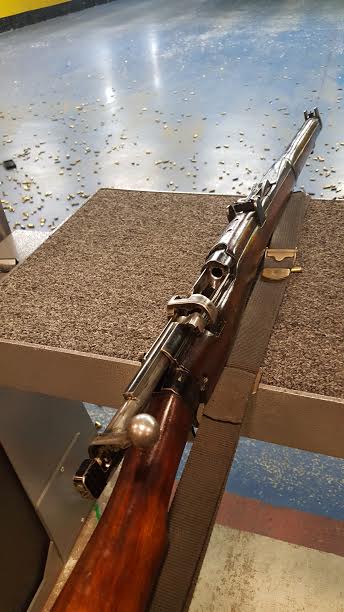 I have copied the entire article through the magic of "Cut and Paste".  I thought that this was a really cool article for us people that like history and rifles.  I am using "Chrome" to do this article. so the fonts are a bit different.

It has killed Germans in two world wars, shown up on both sides of the Arab-Israeli conflict and has turned up in the hands of Taliban fighters. Easily one of the deadliest rifles in history, it once protected nearly 50 national armies.
Canadians carried it on D-Day, at Vimy Ridge, through Ortona and in the defence of Kapyong.
Now, after 114 years, the Canadian Armed Forces is becoming the last national military in the world to retire the Lee-Enfield rifle from front-line service.
Since 1947 the Lee-Enfield has remained the main service weapon of the Canadian Rangers, a part-time force mainly devoted to Arctic patrols. This week, the Canadian Rangers began replacement of their Lee-Enfields with the specially commissioned Colt Canada C19.
Unlike many other antique items in the Canadian military, the Lee-Enfield didn’t hang on for so long out of apathy or tight budgets. Rather, it’s because it’s still one of the best guns to carry above the tree line.
The Lee-Enfield’s powerful .303 cartridge was famous for killing enemy soldiers with one shot, and it’s equally good at stopping a charging polar bear.
Its wood stock makes it uniquely resistant to cracking or splitting in extreme cold. The rifle is also bolt-action, meaning that every shot must be manually pushed into place by the shooter. This makes for slower firing, but it also leaves the Lee-Enfield with as few moving parts as possible.
“The more complicated a rifle gets … the more prone you are to problems with parts breaking or jamming in a harsh environment,” said Eric Fernberg, an arms collection specialist at the Canadian War Museum.
“It might seem old-fashioned … (but) the retention of the Lee-Enfield by the Canadian Rangers was a wise choice for their role and environment.”
The Lee-Enfield was developed as a standard-issue British infantry weapon at the close of the 19th century. Given that this was the height of the British Empire, the gun was soon being used to arm troops in virtually every corner of the globe.
“It has been used in every conceivable theatre of war … and its high build quality and tough construction made it all but indestructible,” wrote the historian Martin Pegler in a book about the Lee-Enfield.
And while it can’t shoot as fast as modern automatic rifles, a well-trained British soldier could fire and reload quick enough to squeeze off 30 rounds per minute from a Lee-Enfield.
Canadian militias first picked up an early version of the Lee-Enfield in 1896 and Canadian volunteers would carry them in the Boer War. The more familiar short-muzzled Lee-Enfield came out in 1904.
When the First World War broke out, Canadians initially went into battle carrying the Canadian-made Ross Rifle. However, the Ross was so prone to malfunction that Canadians were soon scavenging Lee-Enfields from dead British soldiers.
From then on, the Lee-Enfield remained the weapon of choice for Canadian soldiers right up until the 1950s. Of the more than 118,000 Canadians who have been killed in foreign wars, most would have been issued a Lee-Enfield.
Although Brits stopped using the Lee-Enfield right around the time they dissolved the Empire, the Lee-Enfield became the English-speaking world’s version of the ubiquitous Soviet-made AK-47. With thousands of the rifles turned over to the surplus market after the Second World War, they were soon making cameo appearances in dozens of conflicts, skirmishes and civil wars.
Lee-Enfields were wielded by IRA terrorists in The Troubles. They were among the mish-mash of guns that Israelis used to fend off Arab armies in 1948. Bangladeshis used them to gain independence from Pakistan.
In the 1980s, the United States funnelled massive shipments of antique Lee-Enfields to Afghanistan for use by Mujahedeen fighters against the Soviet Union. It’s for this reason that Lee-Enfields continue to show up in the hands of Taliban fighters, often as a sniper rifle.
In 2010, writer C.J. Chivers analyzed a cache of weapons seized from the Taliban and found a British-made Lee-Enfield from 1915.
And while they were no longer taken by uniformed soldiers into battle, Lee-Enfields are still in the arsenals of several police forces in the developing world.
In Canada the guns had a more peaceful afterlife as a hunting rifle. Cheap and able to fell large game, Lee-Enfields are responsible for the antlers and taxidermied animal heads on countless Canadian roadhouses. “No other rifle could be more reliable,” reads one glowing review of the Lee-Enfield published in March.
This was part of the reason why the rifle was an easy choice for the Canadian Rangers in the first place; it was a gun that most Northern hunters already trusted.
“A lot of us grew up using the old .303s … it was a good gun, it was a gun you could depend on,” Northwest Territories MP Michael McLeod told CBC this week.
It’s a testament to the Lee-Enfield’s reliability that replacement is strikingly similar.
The Colt Canada C19 is still bolt-action, still has a wood stock and still fires 10 shots. The main differences are that it’s lighter, more accurate and has several cold weather modifications, such as a larger trigger guard to accommodate gloved hands.
Although the Lee-Enfield spent years as one of the cheaper offerings in Canadian gun shops, the rifle’s advancing age and increasing rarity has recently caused it to climb in price.
Some current listings for used Lee-Enfields put the gun at between $700 and $900 — a price comparable to a brand new higher-end bolt-action rifle
However, the gun’s retirement from the Canadian Rangers will mark the final time that a major batch of Lee-Enfields will be released to the private market.
According to the Department of Defence, some 9,500 will be turned over to cadets for use in target practice while 5,000 will be offered as gifts to Canadian Rangers holding valid gun licences.
Posted by MrGarabaldi at 7:00 AM