I have been away from blogging a bit as y'all can tell, my postings have dropped down a bit.  I am studying for the next test that I need for my certifications.  Once I finish, my postings will resume at the pre testing level. 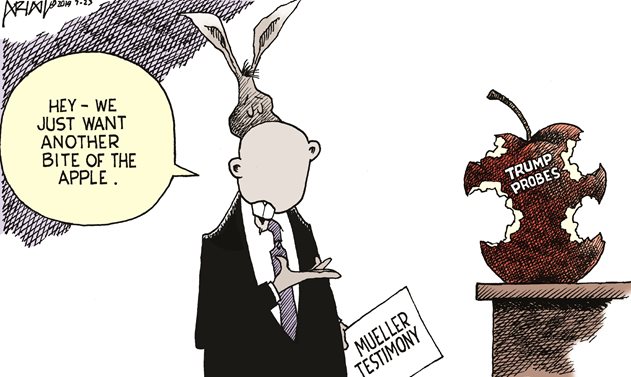 The Democrats are spending their political capital again trying to go after President Trump.....for the umpteenth time, so they drag Robert Mueller to capital hill to be grilled by congress and hoping that Mueller will spill something that they can use as "Impeachable offenses" so they can make another run at Trump.   and according to Drudge today it was a *Bust* 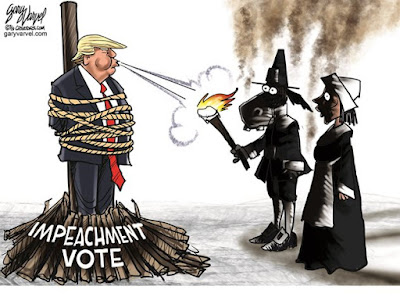 Earlier in the week, the Democrats tried to do another "ImPeach 45" in the house
So Al Green (African, Africa) introduced another resolution to impeach Trump. How many times has this dingbat done that? Just like every other time it was voted down. This time 95 Dimocrats voted for it.
Not surprisingly Maxine Waters (Insane Old Lady, California) and Frederica Wilson (Dingbat Cowboy, Florida) voted for it. Here in Georgia Hank “Guam is gonna tip over” Johnson voted for it as did David Scott.
Much to my surprise civil rights icon racist pig John Lewis voted against it.
I love how Trump has made Idiot Omar and Rancida Tlaib, two antisemitic, America hating, terrorist supporting members of Congress the face of the Dimocrat Party and has made the Dimocrat Party support them. Also, he’s lucky to have Al Green, whom he can count on to introduce an impeachment resolution every time Trump comes out with an outrageous tweet.
Trump is really lucky to have such stupid enemies. 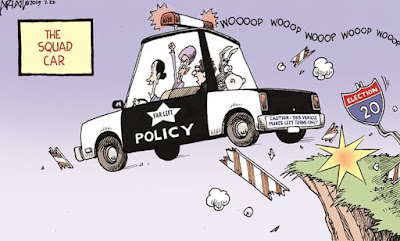 And hopefully this will continue because this is the face of the democratic party in 2020 and I am enjoying the resulting trainwreck.
Here in Georgia we had a democratic state representative make the complaint that she was verbally assaulted in a Publix in Mableton


"A Georgia state lawmaker appears to have been caught lying about her allegation that she was told to “go to back to where you came from” by a white customer in an Atlanta grocery store.
On Friday, Erica Thomas, a Democrat, alleged that a “white man” called her a “lazy son of a b*tch” and told her to “go back” to where she came from."

That didn’t take long. What brought that about?


“Today I was verbally assaulted in the grocery store by a white man who told me I was a lazy SOB and to go back to where I came from bc I had to many items in the express lane,” Thomas said in a Friday tweet. “My husband wasn’t there to defend me because he is on Active Duty serving the country I came from USA!

On the same day Thomas detailed the alleged encounter in a Facebook live video. She opened up by saying, “People are getting really out of control with this white privilege stuff.”

Gotta get that white privilege stuff out there,
But then the story started breaking down.


"On Sunday, Eric Sparkes stepped forwarded and claimed he was the man that Thomas was referring to in the grocery store. He denied ever making any racially charged insults towards Thomas and said he only called her a “lazy b*itch” because she had too many items in the express checkout lane.
“I’m a liar about what?” Thomas said while yelling at Sparkes, who were both being interviewed by local media.
“Everything that happened,” Sparkes responded. “Me telling you to ‘Go back where you came from.’ Did I say that? Is it on video?”
“Are you serious? What did you say to me then,” Thomas asked.
“I called you a lazy b*tch,” Sparkes answered. “That’s the worst thing I said.”


"Sparkes told reporters that he is a Democrat and a Hispanic American who vehemently opposes President Trump. He added that Thomas was only doing this to help further her political career."

I learned a new word "Smolletted", or "Smollet 2.0".  I was expecting that she would then say that 2 rednecks wearing MAGA hats would throw bleach on her and yell out "This in MAGA Country".  The local iconic news station here in Atlanta was eviscerated on their facebook page with the apparent bias in the original article and the slowness of getting things updated as her story fell apart she to me is just another attention whore trying to get her 15 minutes of fame.  This will not reflect well on her reelection chances, most people don't like being deceived and they tend to get grumpy. 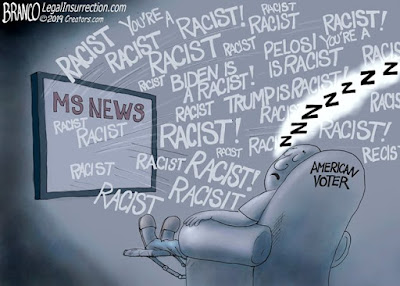 The Truth of the matter is that people are tired of hearing the word "Racist", most people are tuning out the word, the word has been so bastardized that it has lost its original meaning and impact. 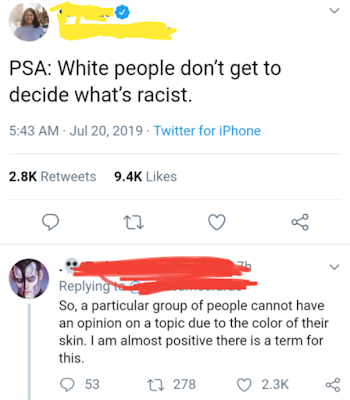 On a different note, I heard that Rutger Hauer passed away.  I have seen him in several movies that I really liked including the original Blade Runner where a young Harrison Ford was trying to get away from being typecast as Star Wars only

This is the "Tears in the Rain" clip from the movie.  According from what I have read, Rutger adlibbed most of that deviating from the script and making it memorable.

Posted by MrGarabaldi at 8:28 PM