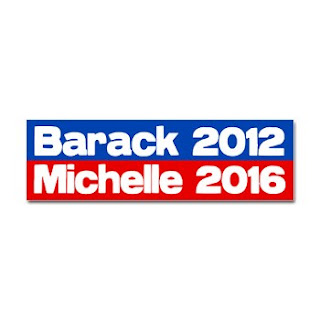 I saw this while surfing around

“Michelle is Superwoman. What can’t she do?” Not Take another vacation? the Hollywood star and Democratic donor says in an interview with Newsweek. “That’s why people love her. She can be on the Supreme Court if she wasn't disbarred and anywhere else she wants. She can be the president.   She can't do worse than her husband  She’s history and she’ll stay history because she is so amazingly smart and together.” Maybe she will be proud of her Country
Congressman and race baiter James Clyburn, from South Carolina, also sees much promise in Michelle Obama.
“I’d love to see her get more into politics because it would be a breath of fresh air in D.C.,” Clyburn tells Newsweek. “She’s honest and straightforward, which is not what you see in Washington much. She is exactly what we need around here.”Another Person feeding off the public trough? spreading more class warfare and wealth distribution?
But a White House official tells the publication that the first lady doesn't have the "temperament" for the top spot in the land.  She is too imperial
“Michelle Obama doesn’t have the temperament for the constant b.s. that goes on in D.C.,” an anonymous aide tells Newsweek. “She watched her husband fight fights that he shouldn’t have to. if he wasn't a socialist, he wouldn't have to She’s seen the ugly side of Washington up close and personal and has no interest in dealing with that firsthand.  Might get in the way of the vacations.. I think she knows there are other ways to impact the system from the outside in. She’ll find those,like being a huckster like her husband but it won’t be through public office. That’s not who she is. 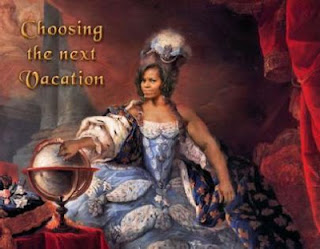