I have been reading more on the sequestration and the dead elephant party are being played by a master.  Bob Woodward the investigator reporter up in in D.C. stated that the sequestratian idea came out of Obama;s white house in 2011 and that President Obama approved the idea.  Now he is using it to flog his political opponents and as far as yesterday to state that this will have a ripple effect throughout the economy...Wow what political genius, propose an idea...get a complacent media to parrot your talking points 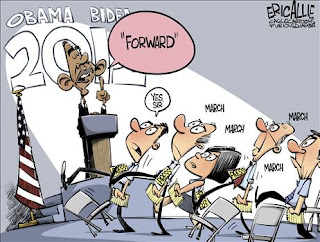 Now he can blame the poor economic forecast and reports on the Sequestration, not his failed policies and nobody will call him on it....  Sheer brilliance.  Old NFO did a good report on the effects of the sequestratian on the military.  President Obama can sign an executive order allowing the federal government to move money around to mitigate the effects of sequestratian but several of the Presidents own liberal supporters have commented that President seemed more interested on scoring political points on his opponents than effective leadership. So we’re going to have Team PETA suing human beings on behalf of Bambi? Brilliant!
Via The Sportsmen’s Daily:


Massachusetts State Senator Mark Montigny (D-New Bedford) recently introduced a bill that would allow private individuals to file a lawsuit for the “protection and humane treatment of animals.” This is of great concern for all sportsmen, farmers, and dog owners.
Animal cruelty is already a crime in Massachusetts just as it is across the country. Animal cruelty laws are enforced by experienced law enforcement officers, including local police forces and animal control officers, who are trained on what is and is not animal cruelty under the law and how to spot it.
Senate Bill 767 would end this proven system and instead give private citizens the ability to sue animal owners over what they perceive to be “animal cruelty” under the law.
“Under this bill, animal rights activists would be able to sue anyone – including sportsmen, farmers, and dog owners – whenever and wherever they think animal cruelty is being committed,” said Evan Heusinkveld, USSA’s Director of Government Affairs. “This could force sportsmen and women who have done nothing wrong to spend thousands of dollars to defend themselves against animal rights zealots looking to take them to court.”
For example, if an animal rights activist thinks common dog training practices—such as using a shock collar or tethering—are inhumane, they would now be able to sue the sporting dog owner or trainer claiming animal cruelty. Likewise, an activist that disapproves of certain farming practices could sue farmers for the practices they consider cruel. Even if a judge ultimately throws out the case, the animal’s owner will likely have had to spend a good deal of money and time fighting the bogus lawsuit.
“Enforcement of animal cruelty laws should be left in the hands of trained law enforcement officers and not be given to animal rights activists to harass law-abiding animal owners and private citizens,” said Heusinkveld.

- See more at: http://weaselzippers.us/#sthash.BB6jRPdN.dpuf
President Obama is a brilliant campaigner but a poor President.  All he can do is campaign...have a photo-op with people like first responders around him and say that these people(who are paid by the state..but why miss a good opportunity to score on your opponents) will be affected by the sequestratian brought on by the nasty old republicans in congress who will not compromise on tax cuts to the wealthy when the senate hasn't performed its constitutional duty and passed a budget in 5 years and nobody calls them on it.  President Obama lurches from one manufactured crisis to another using these crisis to bolster his policies and beliefs.  The GOP are crying in the wilderness because nobody will heed them.. Part of the reason is that they had the election for president and screwed it up...Obama could have been a 1 term president, he had all the weaknesses that Carter had plus more.  and they choked...now they have little credibility and the democrats smell blood in the water and are going for it.   All the other stuff that the democrats want, they are pushing from climate change to gun control are being pushed and President Obama sees another opportunity to score political points on his opponents, surround himself with children to bolster his policies from Obamacare to the Sandy hook tragedy he likes to surround himself with children. 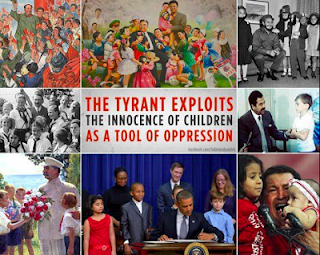 Now the sequestratian stuff is dominating the news cycles but the gun control stuff is still being pushed through the state legislatures in several states.  President Obama is using a multi pronged approach to rip his political opponents and fundamentally transform the United States as he said he would.   I fear for the United States and the future..especially for my son who will become a man in a country that is diminished and weak

Posted by MrGarabaldi at 2:29 PM