I will be bouncing around like a frog on a hot rock..(Ain't southern-ism's great!)  Or a better explanation is this....

I will be bouncing on several topics today....the first one is the ammo one...Apparently the ATF backed off from the bidding of his master Barack Obama and decided not to pursue the ban on the popular green tip 62 grain 5.56 caliber ammo for the very popular AR-15 platform. 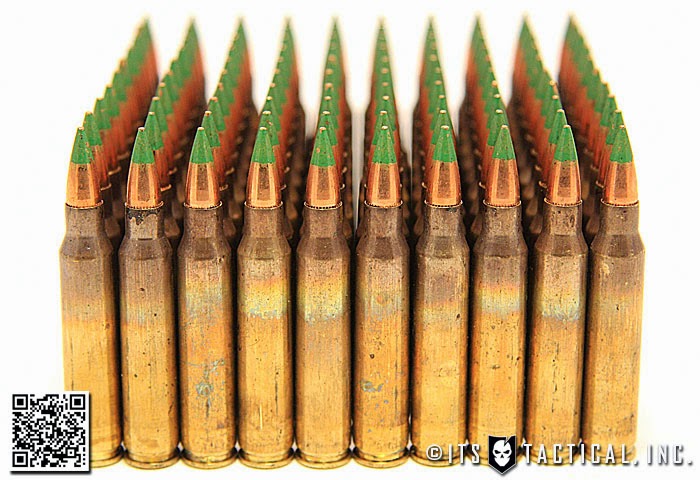 I have been expecting the ATF to enforce the edict from the petulant boy king that wanted to stick it to the "bitter clingers who cling to their bibles and guns".   I always have ammo for the EBR plus some ammo for my other rifles and pistols.  Since Sandy hook I have been buying a box here and a box there.  My rifle will fire either .223 or 5.56.  I have been buying the cheap 55 grain 193 ball ammo.  I have also upgraded the rifle and bought some new magazines to move the old GI magazines to the reserve stack. 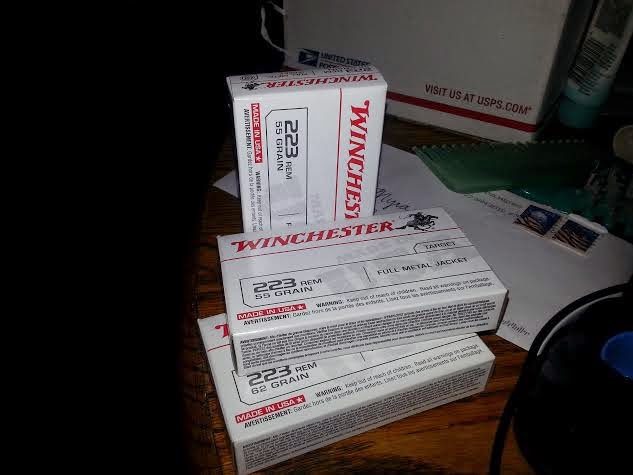 The 55 grain stuff has been killing people since 1965. I have been stocking up, when I go shooting, I use the .22 adapter for the AR-15.
The following info is compliments of "Wiki"
The .223 Remington is one of the most common rifle cartridges in use in the United States, being widely used in two types of rifles: (1) varmint rifles, most of which are bolt action and commonly have 1-in-12 rifling twist suitable for bullets between 38 to 55 grains (2.5 to 3.6 g), and (2) semi-automatic rifles such as the AR-15 and the Ruger Mini-14, which are commonly found to have twist rates of 1-in-7, 1-in-9, or 1-in-8. (Most modern AR-15s use 1-in-9 which is suitable for bullets up to 69 grains or 4.5 grams or 1-in-7 which is suitable for slightly heavier bullets, but older M16's used 1-in-12 twist rates, making them suitable for use with bullets of 55 grains or 3.6 grams.) The semi-automatic rifle category is often used by law enforcement, for home defense, and for varmint hunting. Among the many popular modern centerfire rifle cartridges, .223 Remington ammunition is among the least expensive and is often used by a wide range of target shooters, particularly in the "service rifle" category or 3 gun matches. The .223 is also used in survival rifles. 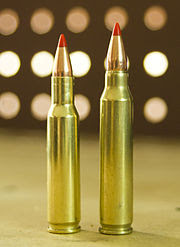 The dimensional specifications of 5.56 NATO and .223 Remington commercial brass cases are identical. The cases tend to have similar case capacity when measured, with variations chiefly due to brand, not 5.56 vs .223 designation. The result of this is that there is no such thing as "5.56 brass" or ".223 brass", the differences in the cartridges lie in pressure ratings and in chamber lead length, not in the shape or thickness of the brass.

Size comparison between .222 Magnum (left) and .223 (right)
C.I.P. defines the maximum service and proof test pressures of the .223 Remington cartridge equal to the 5.56×45mm NATO, at 430 MPa (62,366 psi). This differs from the SAAMI maximum pressure specification for .223 Remington of 380 MPa (55,114 psi), due to CIP test protocols measuring pressure using a drilled case, rather than an intact case with a conformal piston, along with other differences. NATO uses NATO EPVAT pressure test protocols for their small arms ammunition specifications.
Because of these differences in methodology, the C.I.P. pressure of 430 MPa (62,366 psi) is the same as a SAAMI pressure of 380 MPa (55,114 psi), which is reflected in US Military specifications for 5.56×45mm NATO, which call for a mean maximum pressure of 55,000 PSI (when measured using a protocol similar to SAAMI).
These pressures are generated and measured using a chamber cut to 5.56×45mm NATO specifications, including the longer leade. Firing 5.56×45mm NATO from a chamber with a shorter .223 Remington leade can generate pressures in excess of SAAMI maximums.

The 5.56×45mm NATO chambering, known as a NATO or mil-spec chamber, has a longer leade, which is the distance between the mouth of the cartridge and the point at which the rifling engages the bullet. The .223 Remington chambering, known as SAAMI chamber, is allowed to have a shorter leade, and is only required to be proof tested to the lower SAAMI chamber pressure. To address these issues, various proprietary chambers exist, such as the Wylde chamber (Rock River Arms) or the ArmaLite chamber, which are designed to handle both 5.56×45mm NATO and .223 Remington equally well. The dimensions and leade of the .223 Remington minimum C.I.P. chamber also differ from the 5.56×45mm NATO chamber specification.
Using commercial .223 Remington cartridges in a 5.56×45mm NATO chambered rifle should work reliably, but until recently, it was believed this was less accurate than when fired from a .223 Remington chambered gun due to the longer leade. Although that may have been true in the early 1960s when the two rounds were developed, recent testing has shown that with today's ammunition, rifles chambered in 5.56 can also fire .223 ammunition every bit as accurately as rifles chambered in .223 Remington, and the 5.56 chamber has the additional advantage of being able to safely fire both calibers. Using 5.56×45mm NATO mil-spec cartridges (such as the M855) in a .223 Remington chambered rifle can lead to excessive wear and stress on the rifle and even be unsafe, and SAAMI recommends against the practice. Some commercial rifles marked as ".223 Remington" are in fact suited for 5.56×45mm NATO, such as many commercial AR-15 variants and the Ruger Mini-14 (marked ".223 cal"), but the manufacturer should always be consulted to verify that this is acceptable before attempting it, and signs of excessive pressure (such as flattening or gas staining of the primers) should be looked for in the initial testing with 5.56×45mm NATO ammunition.
It should also be noted that the upper receiver (to which the barrel with its chamber are attached) and the lower receiver are entirely separate parts in AR-15 style rifles. If the lower receiver has either .223 or 5.56 stamped on it, it does not guarantee the upper assembly is rated for the same caliber, because the upper and the lower receiver in the same rifle can, and frequently do, come from different manufacturers – particularly with rifles sold to civilians or second-hand rifles.
In more practical terms, as of 2010 most AR-15 parts suppliers engineer their complete upper assemblies (not to be confused with stripped uppers where the barrel is not included) to support both chamberings in order to satisfy market demand and prevent any potential problems.


Effects of barrel length on velocity

Now some humor for us AR and AK fans. 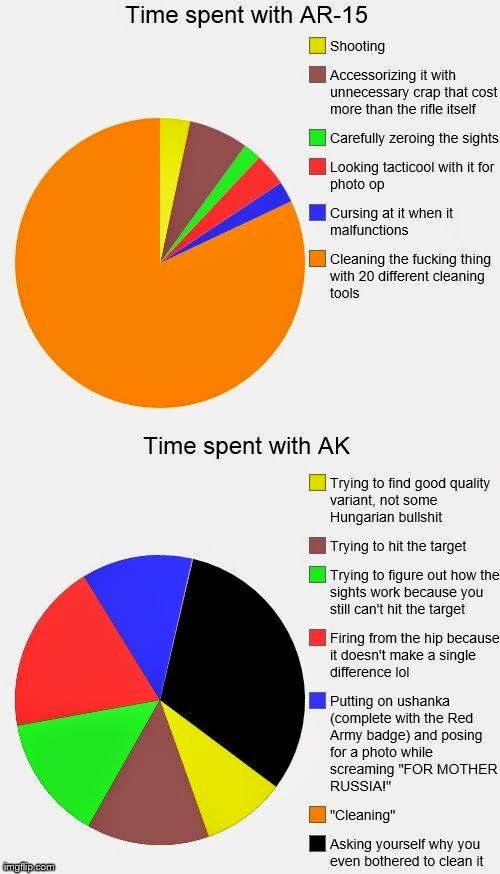 Apparently on a different note, Hillary gave a press conference to defend her use of her private server instead of using the .gov server.  Man the rules are different for the ruling class than for us plebes.  If we did what she did, we would be serving time in a federal supermax.  But with her, the rules are different.  I guess it is good to be the queen... 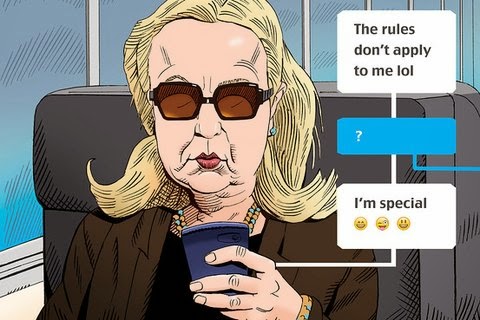 On a different note, one of the guys at work was playing this video on "youtube" and it is NSFW unless you have headphones...the language is crude but this is an awesome video for those people that fly all the time there is humor and people will recognize it.

the video is 4 minutes and 20 seconds long.

It is based on indian flights..but from what I have seen, this is pretty accurate on all flights. 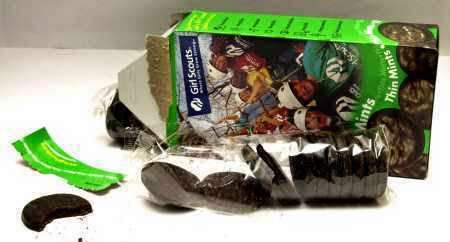 Finally for those people that have been living under a rock...it is Girl Scout cookie season.  I bought another box of "Thin Mints" to feed the addiction...and then I discovered this.. 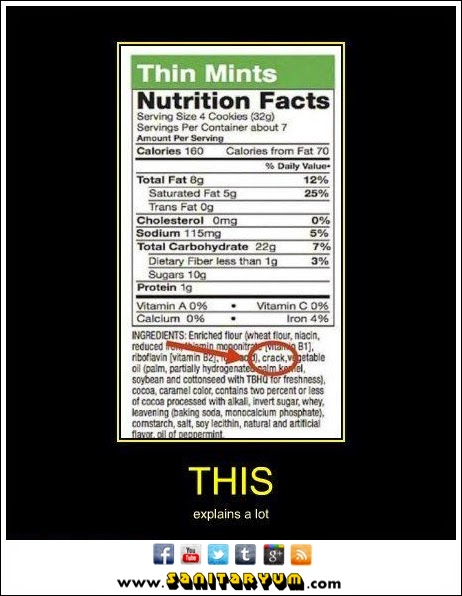 That does explain much.....

Posted by MrGarabaldi at 9:15 PM