I got my times mixed up...I was thinking my Monday was Sunday so I didn't publish a Monday Music on Monday.  I went out on Monday to go to the range to help my brother out.  That will be the subject of a following post.   Now back to Monday Music, I always liked the clash but unfortunately they didn't survive the rise to fame, it clashed with their ideals and they had problems dealing with it.   The Clash was part of the British Punk scene in the late 70's and early 80's. 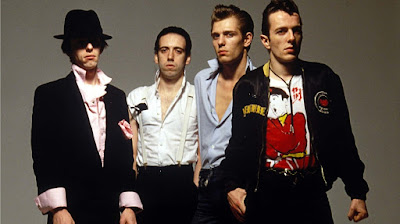 Combat Rock is the fifth studio album by the English rock band the Clash. It was released on 14 May 1982 through CBS Records. In the United Kingdom, the album charted at number 2, spending 23 weeks in the UK charts and peaked at number 7 in the United States, spending 61 weeks on the chart.
Combat Rock is the group's best-selling album, being certified double platinum in the United States. It contained two of the Clash's most popular songs, the singles "Rock the Casbah" and "Should I Stay or Should I Go". Combat Rock was the last Clash album featuring the classic lineup when Topper Headon left the band after completing the Album and Mick Jones left in 1983. 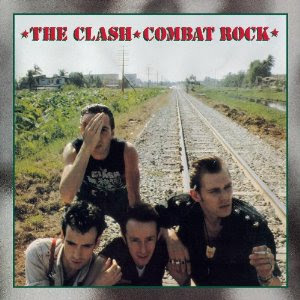 "Should I Stay or Should I Go" is a song by the English punk rock band the Clash, from their album Combat Rock. It was written in 1981 and featured Mick Jones on lead vocals. It became the band's only number-one single on the UK Singles Chart, a decade after it was originally released. In November 2004, it was ranked at 228 on Rolling Stone "The 500 Greatest Songs of All Time" list.In 2009 it was ranked 42nd on VH1's program 100 Greatest Hard Rock Songs.
Many rumours have arisen about the song's content, such as Jones' impending dismissal from the Clash or the rocky personal relationship between Jones and singer Ellen Foley, but Jones himself says:


It wasn't about anybody specific and it wasn't pre-empting my leaving The Clash. It was just a good rockin' song, our attempt at writing a classic... When we were just playing, that was the kind of thing we used to like to play. – Mick Jones, 1991

Posted by MrGarabaldi at 6:37 AM