I got my days mixed up.  Well Monday Morning I headed to camp to meet Mac, My brother needed his  Rifle and pistol Qualifications signed off by an NRA Instructor so he could carry outside the wire so to speak when he returned to A-Stan.  Mac being both Pistol and Rifle qualified got my brother signed off.  After that we still had a bit of time so I broke out some rifles. 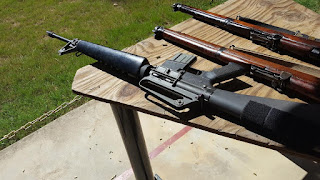 I decided to run my AR as "old School" today so I put her in the original configuration....Did I say I like the modular properties of the AR pattern rifles.  This was the configuration my AR had when I bought her back in 1991. 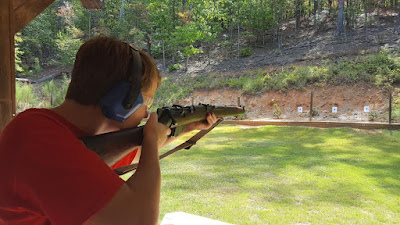 Here is my son shooting my Enfield 303

I also brought both of my Enfields and my Springfield 03A3, but no pic of the Springfield, I kinda forgot.... 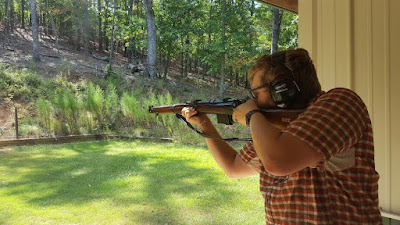 Here is Mac shooting my 308 Enfield 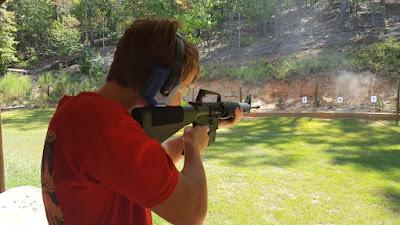 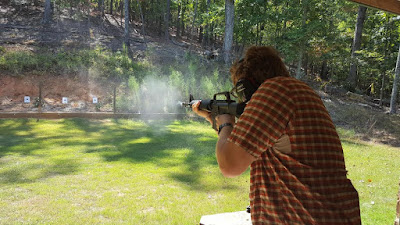 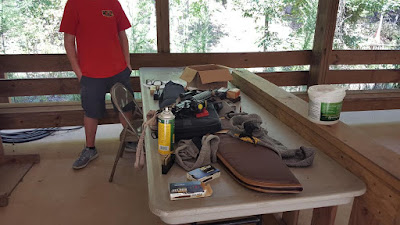 Here is the mess we had on the table, I was trying out some "Monarch" ammo, the house brand from Academy.  My AR ain't fussy, she will ingest most any ammo except "Tula Arms"   For some reason that ammo don't run good.  I was trying some steel cased ammo, that had the lacquer and Polymer coated. 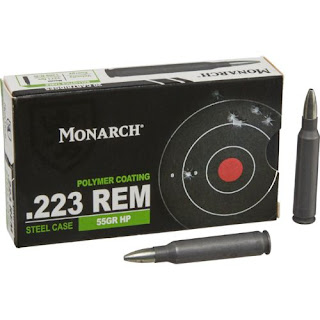 That ammo shot well and I had no problems running it through my AR.  I will buy more to add to my TEOTWAWKI stack.   Again I want to say "thanks to Mac" for being kind enough to take some time out of his "off day" to help my brother get requalified. 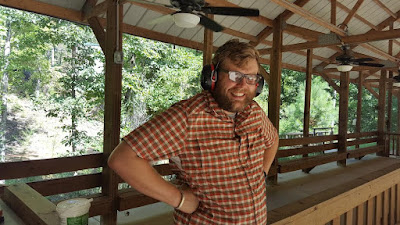