I took my son to the "Welding" Merit badge class with the Boy Scouts, he is 15 and 2 eagle merit badge and a project away from making his Eagle.  I haven't really leaned on him...yet.   Well anyway I dropped him off then drove 50 minutes away to visit my friend Mac to look at a new rifle that he has at his shop.... 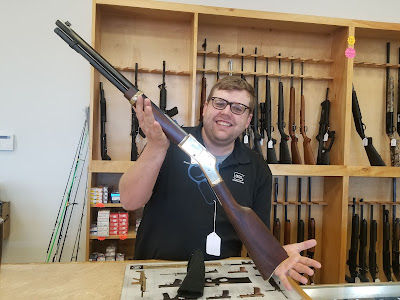 It is a Henry Golden Boy in .357.  I was looking for one of those for a while and .357 isn't a real common caliber for a lever gun.   But I was excited and put down a deposit to hold the rifle.   If you need any firearms, go contact Mac and if they have it, he will make you a reasonable deal on it.
Well I got home from my trip to a different part of the state and started working on my truck, and my garage.    I found this on a shelf... 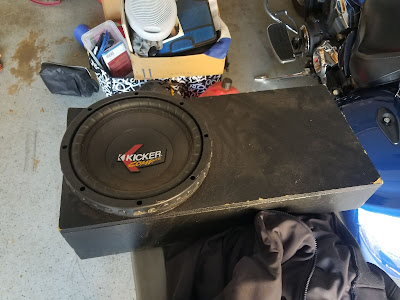 It was my 10 inch subwoofer that I had on my 2001 Sports Trac.  Well I decided to see if it works, and if it does...it will go on Craigslist for some ducats.   Well I took the subwoofer to my bonus room and fired up my AAFES stereo....you GI's know what I am talking about....the Stereo's that all G.I's would buy for the inevitable stereo wars in the barracks.  And I switched on my cassette player, and I heard stuff that I used to listen to in my Mustang in the Autobahns in the 1980's 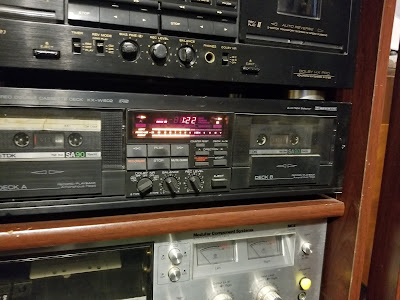 Talk about a blast from the past....and speaking of "Past"...I had posted Yesterday for funsies...this pic on the U.S Army in Europe on Facebook and got a lot of comments.. 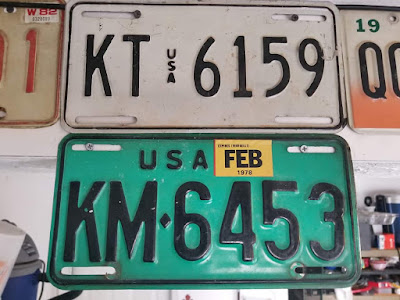 The License Plates....the one on Top belonged to me on my Mustang from  when I was stationed 1986 to 1991 in Germany
and the one on the bottom was on my parents Ford Granada from 1975 until 1978 in Germany.   Now both are on my garage wall.   Funny how symmetry works...
Posted by MrGarabaldi at 3:52 PM