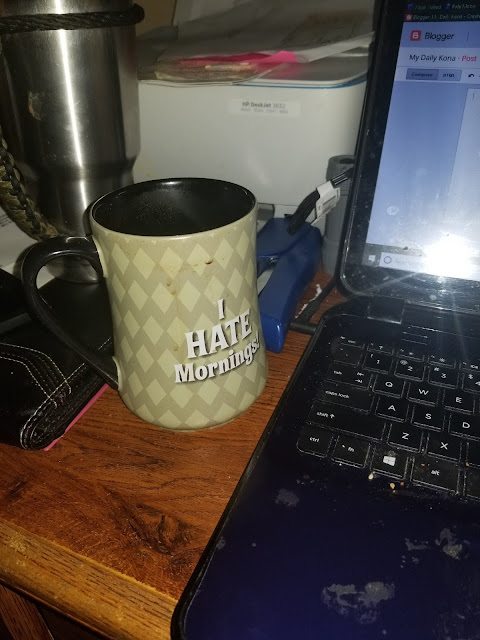 As I sit in front of the computer sipping my coffee, I had made a point of NOT watching the news last night, I and many others are suffering from election fatigue.   I have been listening to the media pundits and others telling me that the blue wave would totally sweep congress, and a bunch of governors, well the Democrats did get the house of representative but the GOP increased the senate, so a lot of the stupidity of the house will get killed by the senate.
Florida dodged a bullet, or a couple of them...the Senator is Rick Scott;   The Governor is Ron DeSantos, the media darlings didn't make it, but I was concerned, it shouldn't have been this close.  It shows the corrosive effect the media and the academic community are having on people.
Another media darling Betos in Texas didn't make it either after dropping an "F-Bomb" or 2 during the concession speech,    Gotta keep it classy.   The Governor is Greg Abbot so he also beat his challenger, but I didn't hear anything about that one because Betos had sucked out all the oxygen in that area especially with the sycophantic media trying to carry his water and calling him "Obamaesque", Made me want to hurl....but anyway....My friends in Texas dodged a couple of bullets. Although Project Varitos got some election candidates on tape admitting that they let "Dreamers" vote against U.S. Law,
Here in Georgia, the GOP candidate for governor is ahead, but the democratic candidate will not concede the election vowing to fight it in court and recounts.This was the most expensive governor's race in GA history, the amount of money dumped into the race was unprecedented, and especially with the amount of "outside" money that was dumped into the democratic candidates coffers was unreal..I read somewhere that 65% of the money Stacy Abrams(D) raised was out of state, Brian Kemp (R) had 95% of his money raised instate.  It should be sporting anyway.    Makes me want to continue to stock up on ammo and go shooting some more.
My belief on how the next 2 years will play out...the democrats will burn a lot of energy going after Trump with subpoena's after subpoenas going after his taxes and anything else.  the sheer vitriol that will be displayed will be telling for the 2020 election and I hope will color the moderates to go to the GOP.  There will be gridlock and hopefully the GOP will field better candidates that should have won.
The Election also especially in GA and I am sure elsewhere, is that it shows the urban/Rural divide, the cities vote "blue" and the more rural area's go "red", this dichotomy doesn't bode well especially when the productive areas are carrying the freeloading areas and have no say in the process because the votes from the cities overrun the votes from the rural areas, we already see this in Oregon and Washington and California.  This presents a problem....eventually when people believe that they no longer have a say in the election process, 4GW can start.

Posted by MrGarabaldi at 9:53 AM