Drug use and the Troops in Vietnam


I asked my Dad about the article since he was an MP his first tour and "El CID" his second tour and he knows a lot about the subject.  I did ask him if "Hashish" was a problem in Vietnam and he stated, "No, that was a European Troop problem" and I recall my friends that were in the Army in the early 80's in Germany "Doing a bowl".  My Dad did tell me that the biggest source of "hashish" was through Amsterdam from Lebanon. Afganistan, and Turkey.  The color told where it came from 99% of the time, Black was Afgan or Turkey, Light brown  or reddish was Lebenon, the color came from how it was processed.   It also was brought through France and smuggled down on the Rhine and Mosel River boats.  I never saw a drug problem in my unit, partially because of what we were, drug use wasn't our thing. We got drug tested a lot because of our job. 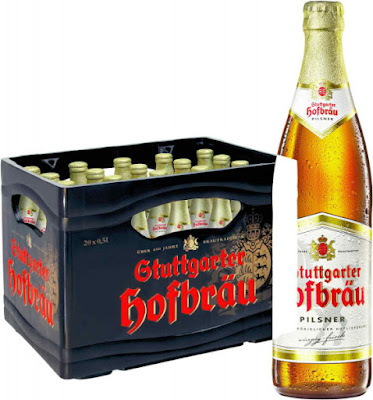 ....Booze was different though.  We would buy a few racks of beer for the weekend.  The Germans thought we were heathens because we like the beer cold whereas the Germans would drink it warm. 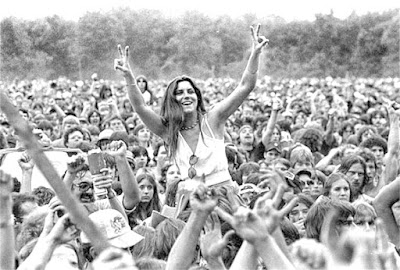 The year that peace and love were being celebrated at the first Woodstock festival, 11,000 soldiers were killed in the Vietnam War.   And I still hate hippies.......

The widespread use of drugs by soldiers in the Vietnam War was a hotly debated subject at the time. Even today there are different opinions. Was the problem exaggerated for political reasons? Or was it denied and under-reported for the same reasons?
The two decades of the Vietnam War constituted a unique period in modern American history. Drugs were very much part of the counterculture; another part was the music of the time which included many anti-war protest songs.


In 1970, President Nixon was told by the Bureau of Narcotics and Dangerous Drugs: “You don’t have a drug problem in Vietnam; you have a condition. Problems are things we can get right on and solve.”
There have been suggestions that not only was the use of both prescription and recreational drugs widespread but that this also played a significant role in the brutality that was witnessed against the people of Vietnam.


Since ancient times, drugs have been used by soldiers in battle. Sometimes these were taken to provide courage, increase endurance and stamina, or deal with fear and stress. The Vietnam War was no different in that respect.
However, what did make the Vietnam situation different was the scale and availability of drugs.


Although the Vietnam War lasted for 20 years from 1955 – 1975, things intensified towards the end of the 1960s. Spending on arms increased significantly as did the number of troops being deployed. At the same time, there was a general increase in the availability and use of recreational drugs in America.
Research on drug use among soldiers suggests that it was common across a wide variety of substances. It was reported that 51% of GIs had taken marijuana while 31% had tried psychedelic drugs such as LSD and 28% had used hard drugs including heroin and cocaine.


To some extent, the use of recreational drugs by soldiers was overlooked; it was even tolerated, informally at least.

This seemed to be the case especially with the use of marijuana which could be acquired easily and cheaply from the local villagers. All soldiers needed were a few packets of American cigarettes which could be traded for a drug that would have cost them a considerable amount of money at home.
This laissez-faire attitude changed in 1968 when war reporter John Steinbeck IV (son of the well-known author) published an article describing the extent of the abuse of drugs among soldiers in Vietnam.

The nation was shocked by his claim that 75% of the forces serving in Vietnam were regularly under the influence. Although this figure has since been disputed with claims that it was grossly exaggerated, the report created public outrage at the time.
The response of the military was to attempt to crack down on the use of drugs, including marijuana. During the initial crackdown, many soldiers were arrested, and fields of cannabis plants were destroyed
But of course, as America should have learned from the prohibition era, banning something can simply drive it underground, or worse. In this case, many soldiers turned to heroin which was also widely available. Because it was odorless, it was that much harder to detect than marijuana.


As well as illicit recreational drugs, it is known that prescription drugs were also taken by soldiers in Vietnam in large quantities.
Prescribing levels among GIs in Vietnam were a major cause for concern with millions of tablets being prescribed to soldiers.
The most common prescriptions were for amphetamines which were helpful in dealing with fatigue and increasing endurance. Many GIs were also prescribed sedatives to help them deal with anxiety and stress caused by the situations they faced daily. U.S. army troops taking a break while on patrol during the Vietnam War
The impact of these drugs is hard to access. War creates such extreme circumstances that it is common for soldiers to behave in ways that are completely out of character. Some of the atrocities of the Vietnam War such as the My Lai Massacre need an explanation, and historians have suggested that drugs played a significant role.
In his book Shooting Up: A Short History of Drugs and War, Lukasz Kamienski suggests that many of the atrocities carried out against the Vietnamese people were not due to hard drugs like cocaine and heroin but at least partly as a result of soldiers suffering from amphetamine withdrawal.

The backdrop to all this was America in the 1960s. It was a time of major social change where drugs were also playing an increasingly large part in the music scene. The music of the period was heavily influenced by events in Vietnam both directly and indirectly.
It is tragically ironic that in 1969, the year that peace and love were being celebrated at the first Woodstock festival, 11,000 soldiers were killed in the Vietnam War.
The music that was popular at the time, including protest songs, spoke to the soldiers just as much as it did to others of their generation, After all, many of those who fought were reluctant young conscripts who would rather have been at home, getting on with the business of living their lives.

Not surprisingly, many of the most popular tracks of the era alluded directly or indirectly to Vietnam.
A classic of the time was Fortunate Son by Credence Clearwater Revival. The song was written in response to the marriage of Eisenhower’s grandson to Richard Nixon’s daughter.


The song contains references to the war and became a major anti-war anthem. More broadly, it addresses the inequalities of society that resulted in a majority of the working class and young black men being sent to fight in Vietnam.

Other popular songs included Otis Redding’s Sitting on the Dock of the Bay. Perhaps its popularity rested on it offering at least a mental escape from the pressure and stress of the conditions of war.


The title of the 1965 hit by the Animals We Gotta Get out of this Place says it all and is enough to explain its popularity. As with other iconic songs of the era, it addresses universal hardships rather than the specifics of the situation of the soldiers in Vietnam.
Whatever the true impact of drugs, the history of the Vietnam War will always be bound up with both the music and drug culture which were very much part of the prevailing mood in America at that time.
Posted by MrGarabaldi at 6:00 AM