I am continuing my run of songs that I don't care for.  My favorite Rolling Stones song is ""Paint it Black" and this song ain't nowhere the same caliber.  I don't knock the Stones, they have broken more records and surpassed the Beatles on sheer influence. 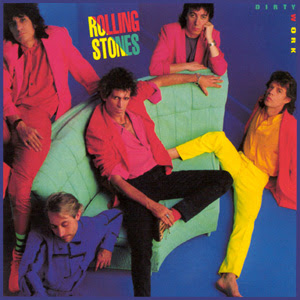 The Rolling Stones' cover version, with Bobby Womack on backing vocals, appeared on their 1986 album Dirty Work, and went to #5 on the Billboard Hot 100 chart, and #13 in the UK. Keith Richards had been looking for songs to possibly include on the album and had been working up songs with Ronnie Wood and Womack while waiting for Jagger to return to the studio in Paris after doing promo work on his solo album. To Richards' surprise, Jagger liked the feel and cut the vocals quickly. It became the first cover song the Stones had released as an opening single off a new studio album since 1965. It opens with:

The Rolling Stones produced an accompanying three-minute music video, which combined live-action and animation. The live-action was directed by famous animation director Ralph Bakshi and the animation was directed by future The Ren & Stimpy Show creator John Kricfalusi.  Other animators who also worked on the video included Lynne Naylor, Jim Smith, Bob Jaques, Vicky Jenson, Pat Ventura and two other unknown animators.
Posted by MrGarabaldi at 6:00 AM