This post is hard for me to write,  I consider myself and my friends "Nationalist" which to me means that we have pride in being an American.  But the past few months the democrats have changed from screeching "Racism" to changing it to "White Nationalist".   I find myself wading through a myriad of emotions trying to write this post, 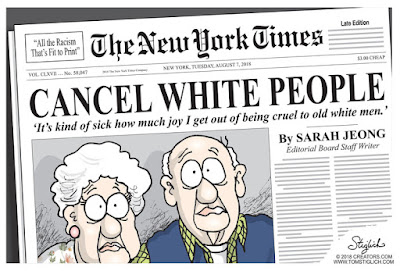 It seems like I and people like me are being blamed for all the sins of the world.   The are equating anyone that disagrees with them as "racist" and of that don't work, the new  double barrel shotgun in their arsenal is "White nationalist" or White Supremacist" and if they don't like you, they give you both barrels.  I will use the example given here, By a panelist on MSNBC

It is ok to talk about genocide against white people, it is politically correct and acceptable, but if it had been a white dude that said that stuff, there would have been gnashing of teeth and wailing and screaming by the gatekeepers of knowledge of the endemic racism of white people but since it is a POC saying that stuff, it is perfectly acceptable.  This guy is basically saying that if you disagree with the liberal left, you need to be wiped out and destroyed.  Funny how genocide against an group of people is perfectly acceptable in political discourse and nobody calls him on it because he is of the "protected class" of liberal intersectional politics.


I do not agree with the Jew in the background manipulating the scene, that is straight up Aryan nations crap,  but the rest of the cartoon is what I see as my perception.

I believe that the "old fashioned " values that made America great are being attacked all across the board, they are trying to break our spirits, break our belief in our country and in God.   We are the representatives of Western Civilization, where the individual is prized.  In other societies, it is what family or what tribe you belong to, Life is cheap.   I see us regular people being pushed into the "White nationalist" camp and I don't like this.   I am a student of history and I see bad things coming down the pike.  When a group get demonized to such a extent, then "The People" cry out for the government to punish them for the past sins.  The same things happened to the Jews in Europe with the pograms and this culminated with the final solution.  Also this is what Lenin and later Stalin did to the Kulaks and this is what I see for us.
The buzzword is "White Nationalist", now., they flat out ran the word"Racist" into the ground and buried it. The left had to come up with a new word and they have, I wonder what the next word is. 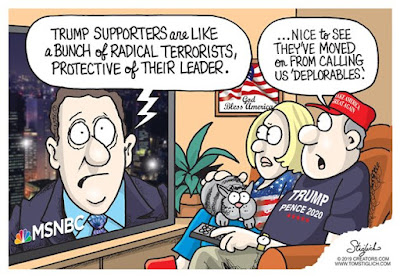 Again why is this going one? besides to punish us because we bitter clingers and deplorables voted for Trump, was he the optimum candidate? hell no...but he was a hell of a lot better off then the alternative known as Felonia Von Pantsuit.  The endgame is to break the middle class, a huge chunk of the "Middle class is white.   The people that believe that they are "Our betters" due to education, family connections, and flat out beliefs think that they are fit to rule over us like the nobles of old, and we the middle class or what was known as the "Mercantile Class" are the checks and balance against the will of the nobles or "Our betters".  The "Cloud People" wants 2 classes of people, them and the "Dirt people", and the dirt people are the poor, the ones that get their sustenance from the state and will do what they are told because they know their place in the great scheme.  To break us, they gotta take our guns, and they will use emotions to push through controls after controls that don't tackle the root cause of violence in America but will be used to strip the means of protection that we the middle class use against tyranny of the state and the occasional wolf that tries to grab one of us.  Once we are stripped of our means of defense, then many people will agree to all the restrictions on us by the state "For your protection". mind you. 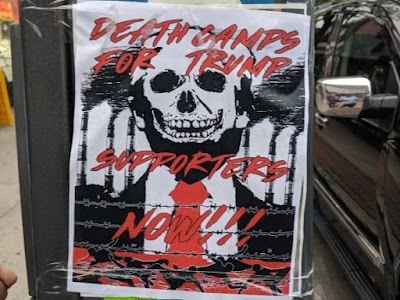 Once they have stripped us of our firearms, then it will be easier to strip us of our wealth and once they have stripped us of our wealth, then we can be herded into camps to to be reeducated and atone for the past sins of our race by working us to death.   Think Pol Pot and the Khymer Rouge but on a bigger scale. Stalin emptied entire villages in the Ukraine and either had them killed off or sent to the camps where most died.  But it is just the excuse, the real goal is to seize all of our wealth and break our political power so the people in charge can rule by imperial fiat.
This is what I see coming and I am not sure how to stop it.
Posted by MrGarabaldi at 3:21 PM