The Lockheed Constellation ("Connie") was a propeller-driven airliner powered by four 18-cylinder radial Wright R-3350 engines. It was built by Lockheed between 1943 and 1958 at its Burbank, California, USA, facility. A total of 856 aircraft were produced in four models, all distinguished by a triple-tail design and dolphin-shaped fuselage. The Constellation was used as a civilian airliner and as a U.S. military air transport, seeing service in the Berlin Airlift. It was the presidential aircraft for U.S. President Dwight D. Eisenhower.    More here

The plane spent 1.5 years there for corrosion repair.    Here is the origonal pic: 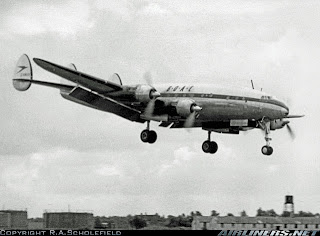 The plane is the last flying Constellation in the northern hemisphere. 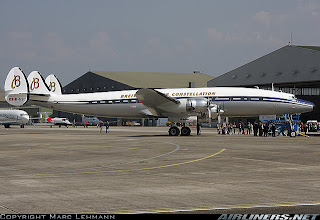 It is a piece of flying history 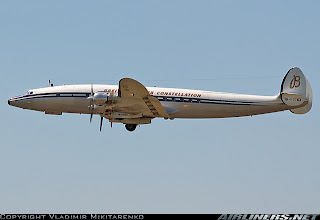 Ready for the european airshow circuit and member flights. 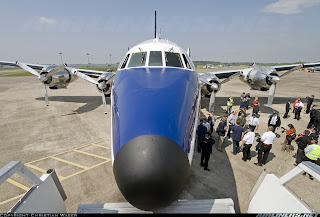 Posted by MrGarabaldi at 1:55 AM