City renames itself Stalingrad...for a while


I am a history nut, I would like to see Volgograd and St Petersburg and check out the museums.  This stuff is on my bucket list.  I may pile on Putin, but the Russian people I respect a lot, and they take their history seriously.   I got this off the AP wire.  The pics are compliments of "google" 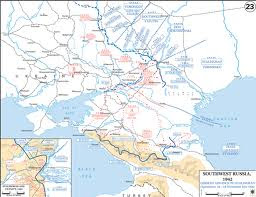 MOSCOW (AP) — The southern Russian city where the Red Army decisively turned back Nazi forces in a key World War II battle will once again be known as Stalingrad, at least on the days commemorating the victory.

The city was renamed Volgograd in 1961 as part of the Soviet Union's rejection of dictator Joseph Stalin's personality cult. But the name Stalingrad is inseparable with the battle, in which at least 1.25 million people died.
Russia on Saturday plans extensive ceremonies to mark the 70th anniversary of the battle's end.
The Volgograd city council passed a measure Thursday to use the name Stalingrad in city statements on the commemoration day, on Russia's May 9 Victory Day and on four other days connected with the battle, the ITAR-Tass news agency reported. 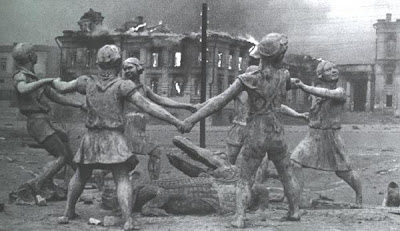 Posted by MrGarabaldi at 9:59 AM