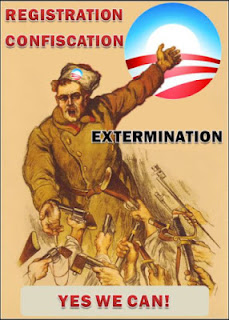 I am catching up on my web surfing due to my schedule and I ran across this little gem.  I already knew that most people are planning on disobeying the new laws if they go into effect.  I will not obey such a law because I consider it immoral and a strike against the second amendment.  I swore an oath to uphold the U.S. Constitution and I will stand by my oath.  I believe that once you cross over to beyond the rim as they say, all you take with you is your name, and if you were a good person.  All the other crap stays behind.  How can I account to St Peter for my moral lapse  and do something that I know in my heart is wrong and violates one of the freedoms endowed by my creator.   Well apparently I am not the only one...In the peoples republic of New York, there is massive disobedience planned on the draconian law rammed through by Coumo and the Democrats.   Here is an exerpt:

After Democrats in New York rammed a sweeping assault on the right to keep and bear arms through the legislature that failed to exempt police officers from the draconian restrictions, gun owners and even some lawmakers are planning what has been dubbed potentially the largest act of civil disobedience in state history. According to news reports, gun rights activists are urging everyone to defy far-left Governor Andrew Cuomo’s new registration mandate while daring authorities to “come and take it.”

Analysts say the legislation, passed in a frenzy last week in the wake of the Newtown shooting, represents the most brazen infringement on the right to keep and bear arms anywhere in the nation. Among other points, the so-called SAFE Act seeks to limit magazines to just seven bullets, require virtually all of the estimated one million semi-automatic rifles in the state to be registered with authorities, mandate reporting of patients who express indications that they may have thoughts about hurting themselves or others by doctors, and more.

Aside from being unconstitutional, experts on gun violence also point out that the draconian schemes are a bad idea: Studies have repeatedly shown that more guns lead to less crime, and the phenomenon is obvious across America — just compare Chicago or D.C. to Alaska or Wyoming. The mandated reporting requirements for doctors, meanwhile, have come under fire from across the political spectrum. Whether it will even be possible to enforce the bill, however, remains to be seen.

Preparations are already being made for mass resistance. “I’ve heard from hundreds of people that they’re prepared to defy the law, and that number will be magnified by the thousands, by the tens of thousands, when the registration deadline comes,’’ said President Brian Olesen with American Shooters Supply, among the biggest gun dealers in the state, in an interview with the New York Post.

Even government officials admit that forcing New Yorkers to register their guns will be a tough sell, and they are apparently aware that massive non-compliance will be the order of the day. “Many of these assault-rifle owners aren’t going to register; we realize that,’’ a source in the Cuomo administration told the Post, adding that officials expect “widespread violations” of the new statute.

Threats of imprisoning gun owners for up to a year and confiscating their weapons are already being issued by governor’s office, headed by a rabid anti-Second Amendment extremist who suggested before the bill passed that “confiscation” of all semi-automatic rifles was being considered. If tens or even hundreds of thousands of otherwise law-abiding citizens refuse to comply, however, analysts say New York would either have to start raising taxes and building a lot more prisons, or give up on the scheme that experts say will do nothing to reduce violence and that lawmakers say is aimed at eventual confiscation.

Activists involved in the state-wide boycott against the unconstitutional statute who spoke to the Post almost taunted authorities, saying gun owners would essentially dare authorities to “come and take it away.” According to the paper, leaders of some of the state’s hundreds of gun clubs, dealers, and non-profit organizations, citing the New York Constitution’s guarantee that gun rights “cannot be infringed,” are currently involved in organizing the resistance. Among the primary concerns is that, with registration, authorities would know where to go for confiscation, an idea already proposed openly by Governor Cuomo himself.

“They’re saying, ‘F--- the governor! F--- Cuomo! We’re not going to register our guns,’ and I think they’re serious. People are not going to do it. People are going to resist,” explained State Rifle and Pistol Association President Tom King, who also serves on the National Rifle Association board of directors. “They’re taking one of our guaranteed civil rights, and they’re taking it away.” 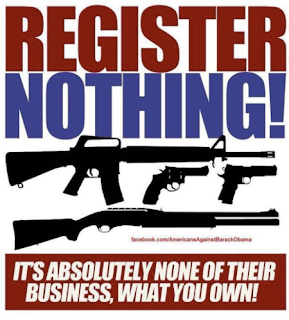 Posted by MrGarabaldi at 6:56 AM