The Hypocrisy of the modern leftist

Y'all by now have seen the pictures of that rodeo clown who wore an Obama mask at a rodeo and the leftist became unglued.  The end results is that this poor guy is fired and banned for life from rodeo events for wearing the Obama mask.   Something don't seem right.  We let the left control the narrative with false outrage and remember when "W" was president all the crap done to him and they crowed back then about that "Dissent was patriotic" and other stuff and that insulting the president was first amendment rights.   Now this guy just got reamed by the progressive left.   There is a double standard at work here, you cannot by their rules say anything bad about President Obama...because if you do...you are a bad person...and probably a closet raciest also.  What gets me is that we LET them control the narrative, the establishment Republicans rolled over in submission and let them do it again!?   I guess they are getting practice for the 2016 elections where they will "try" to get along with the democrats and get burned.....again.   Where is the outrage? 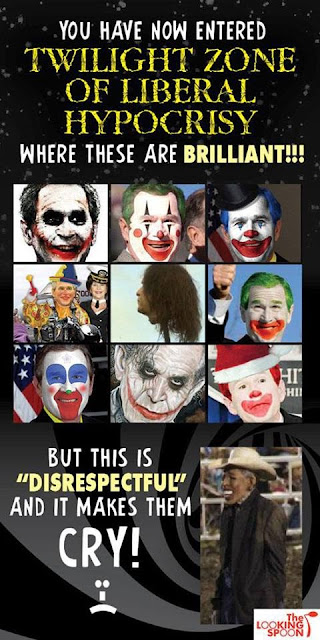 And speaking of outrage...How is this...Remember back 20+ years ago when Rommney went on a trip, they had Fido on the roof of the car and the left became unhinged and flayed him alive for being uncaring.  It didn't matter that Obama ate Rover at the same time.  We let them control the narrative and we got screwed again. 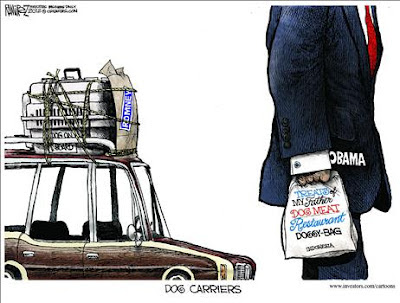 And speaking of dogs...On the latest vacation, they flew The Obama's dog via V22 Osprey to the vacation spot and again the media was silent.  We heard about this from the foreign media, the domestic media is busy covering for him.by sending doggy BO (named after Barack Obama) on his own private plane to another vacation, they at least sing us a nice song as they pillage the land. A 100 million dollar vacation to Africa, followed by a 7.6 million dollar vacation to Martha's Vineyard, followed by doggy getting his own Osprey to himself.  Must be nice charging your expenses to other people, even as you rape and pillage the nation they live in.

Another one that gets me is the disrespect that the modern left shows to the American flag, to them it is a piece of cloth to destroy at a political protest or treat with disdain. 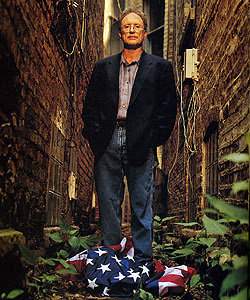 This person is Bill Ayer, a close political friend of President Obama, he was part of the Weathermen, Part of the SDS or Students for a democratic society.  It is believed that Bill Ayer wrote Obama first book " dreams of my father" and Obama started out his political career in Bills living room.  Bill Ayer is now a professor in Chicago.  Now the Hypocrisy is this: 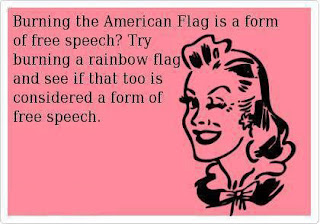 I will climb off my soapbox now.  As long as we let the left control the narrative, we will always be behind the power curve and responding to them instead the other way around.
Posted by MrGarabaldi at 8:58 AM