I have been very busy working the overtime still, I do keep up on my blogroll, but I havn't have time to post anything.  The RON or the "remain overnight" planes that we have been working will be slowing down.  I will miss the money, but I will be glad to see more of my family. 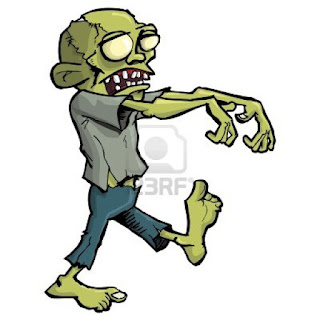 I heard of this album when I "borrowed" the cassette from a good friend of mine when I returned to the states on my end of tour leave before returning back to Germany for my second tour and second duty assignment.  I thought the album was great and it in my mind showed Ozzy on the top of his form before the drugs claimed him again.  Even now I will jam out to this album.

The Ultimate Sin is the fourth studio album by British heavy metal vocalist Ozzy Osbourne. It was released on 22 February 1986, and it was remastered and re-issued on 22 August 1995. It marks the final appearance of lead guitarist Jake E. Lee with Osbourne.
The album was awarded Platinum status in May 1986 and was awarded Double Platinum status in October 1994.

The Ultimate Sin is the first and only Osbourne album to feature bassist Phil Soussan, who co-wrote the album's U.S. hit single "Shot in the Dark". Drummer Randy Castillo, who had previously played in Lita Ford's band, also makes his recording debut with Osbourne.
Upon leaving the Betty Ford Center in 1985 where he had undergone treatment for substance abuse, Osbourne was presented with a substantial quantity of music written by guitarist Lee. Much of this music would form the basis of the album. The album's lyrics were largely written by long-time Osbourne bassist and lyricist Bob Daisley. Daisley left the band prior to recording after having a disagreement with Osbourne, prompting the hiring of Soussan as his replacement. Daisley was not credited for his songwriting contributions on the initial 1986 pressing of the album, though this was corrected on subsequent pressings.
Future Megadeth drummer Jimmy DeGrasso worked with Lee and Daisley on demos for the album, but this version of the band fell apart due to Osbourne's commitment to the Black Sabbath summer 1985 reunion concert at Live Aid; Castillo and Soussan ultimately replaced DeGrasso and Daisley once recording commenced.
The working title for the album was Killer of Giants[citation needed], after the album's song of the same name. Osbourne opted to change the title to The Ultimate Sin at the last minute. On April 1, 1986, a live performance promoting the album in Kansas City, Missouri was filmed and released later that year as the home video The Ultimate Ozzy. In 1987, after the various tours in support of the album had concluded, guitarist Lee was unexpectedly fired via a telegram from Osbourne's wife and manager Sharon. The specific justification for Lee's dismissal remains unknown. Bassist Soussan also departed, as Bob Daisley once again entered the fold.
At the time of its release, The Ultimate Sin was Osbourne's highest charting studio album, as heavy metal was enjoying a surge in popularity during the mid-1980s. The RIAA awarded the album Platinum status on 14 May 1986, soon after its release; it was awarded Double Platinum status on 26 October 1994. The album sold over 2,000,000 copies worldwide. In the UK, it was the final of four Osbourne albums to attain Silver certification (60,000 units sold) by the British Phonographic Industry, achieving this in April 1986.
Despite its initial success, The Ultimate Sin has since been deleted from Osbourne's catalogue and was not reissued or remastered along with the rest of Osbourne's albums. Rumors circulated that the continuing legal struggle between Osbourne and bassist/songwriter Phil Soussan over Soussan's song "Shot in the Dark" was responsible for the album's failure to be re-issued. However, such reports are unfounded, as the only known legal process between them was over an accounting issue that was said to be resolved in the early 1990s. The only available CD version of The Ultimate Sin is the 1995 remasters version. The original version of the album is still freely available in Australia as a budget-priced CD. 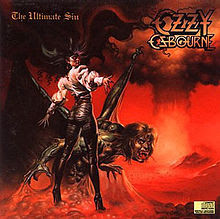 Posted by MrGarabaldi at 8:53 PM