camping and shooting....or shooting and camping......

I finally got a bit of time to post what transpired this past weekend.  I ran a .22 LR Rifle range for a troop that came up from Florida for what they call "Winter Camp".  While waiting for the  boys to show up, I went ahead and fired my *ahem* .22 LR rifle.  I immediately noticed that my Vortex strike fire was dead(Dead battery).  So I removed the optical sight and utilized my backup flip sight( that is what it is for) and sighted it in. 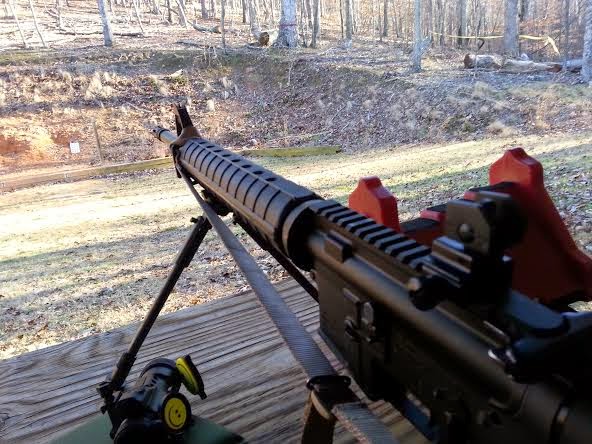 Then the boys started showing up, so I had to put up my rifle and start running the range.  The boys were a bunch of good kids, very well behaved and they were here just to shoot.  I immediately gave them the safety briefing and I specified the 3 "always":

Personally I think the 2nd and 3rd should be switched around on purely technical reasons, but that is the way that the NRA wants the range run.

Well the boys had a lot of fun just wanting to shoot, since there was no "qualifications", I ran a more casual range with more emphasis on letting them shoot rather than lessons. 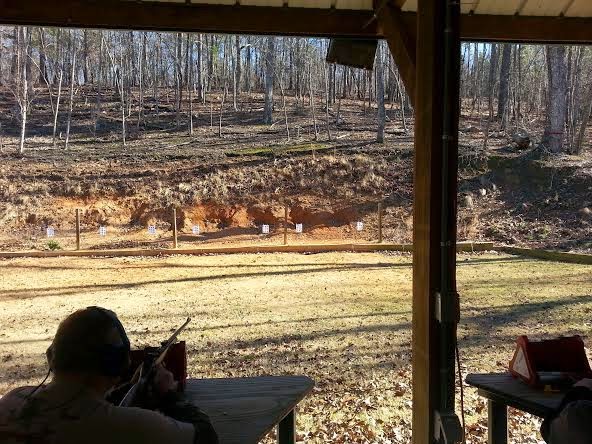 The boys were using a bunch of  bolt action rifles from  BRNO CZ.  With the way that the B.S.A works, that they usually buy the cheapest rifles on the planet, These rifles were actually very good.    For a supposedly cheap rifle, they shot very well.   I will get some information on the next time I run a range the model number if somebody is looking for a "cheap" .22 bolt action rifle that handles the abuse well and shoots well.
Well anyway, some of the adult leaders invited my for supper, man I though my troop rolled out in style....this troop came in a big Penske box truck and a trailer....they traveled fully equipped.  The adults ate well: 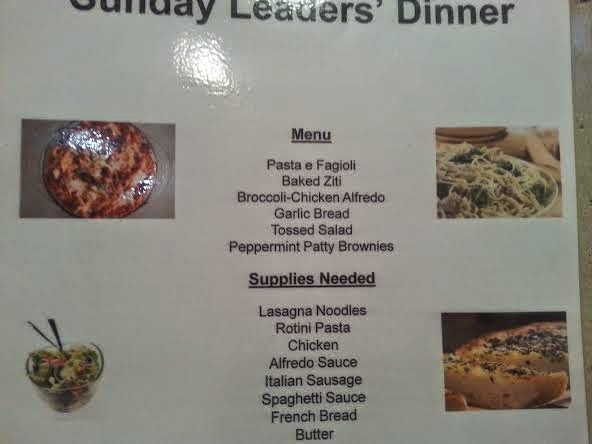 I was soo full, and it was a looooong drive back home Sunday night, for I had to work Monday morning.....I didn't have MLK off.......with the airlines...if you actually touch an airplane...it is a regular work day.  I can take the holiday off later for it is a "floating" holiday for us.
The food was totally prepared by ""Dutch Ovens" and it was very good.  A good dutch oven cook can make just about anything. 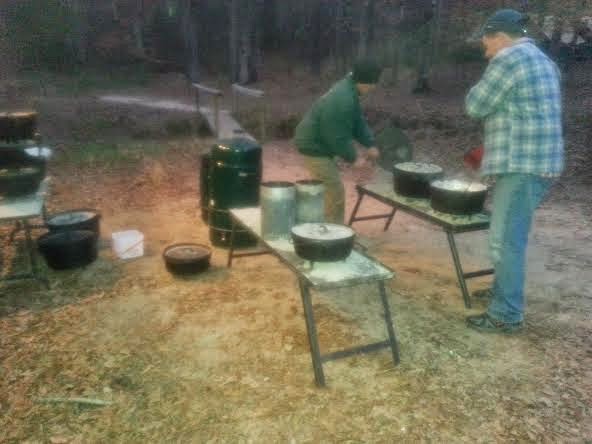 All I can say was that they honored me with their hospitality on Sunday night.  The fellowship was why I am a scout leader(Besides helping my son and the other kids).
On a different note, I refused to watch the SOTU address by Obungler, I saw an exerpt of the speech,   Free community college....sure create another entitlement...and he couldn't even give any cost.  Anything the government touches immediately explodes in cost as the industries involved view the government as the "free money machine", cost and quality be dammed. 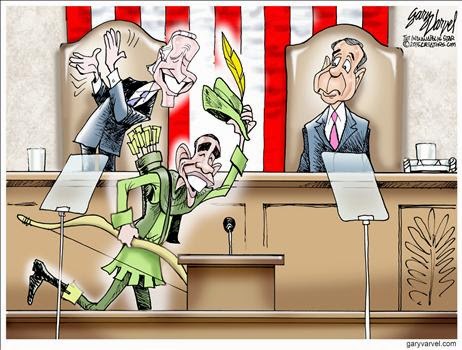 He also talked about civility in Washington, then immediately reminded the GOP of the 2 elections that "He" won.  civility...right....he only will be civil if the GOP caves to his demand.....and unfortunately with the GOP leadership in place...that is a distinct possibility.   he also ran out a bunch of new tax increase proposals to soak the rich some more.  I am sure the rich Hollywood liberals and others won mind giving more of their money to the "cause"  but the rest of us already believe that we pay too much to support a government that doesn't listen to us and views us as "wage slaves"  or sheep to be sheared for our wool, and then eventually slaughtered(Death tax) for the last bits of benefits to the state.    The state of the United States is grave, we are in 2 polarizing camps, and the rhetoric and vitriol is getting worse....usually from our friends on the left side of the political landscape. 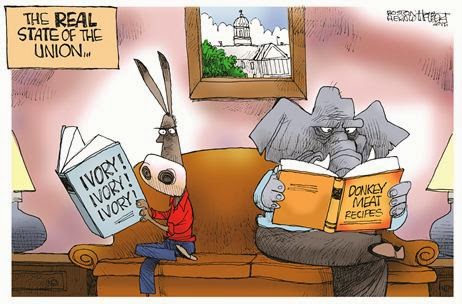 President Obama was elected in 2008 to be the great uniter of the people, but instead he has polarized relations between all Americans to a point not seen since the 60's.  Some of the people that was around back then believe that things are worse now than they were back then.
I fear for my country and I truly don't know how it will go, if we go in fire or just fade away into the dustbin of history.
Posted by MrGarabaldi at 9:21 PM