Well I will have a few pithy comments, I am going camping again with the boy Scouts this weekend.   It almost feels like the U.S. Army where I spend a lot of time in the field. 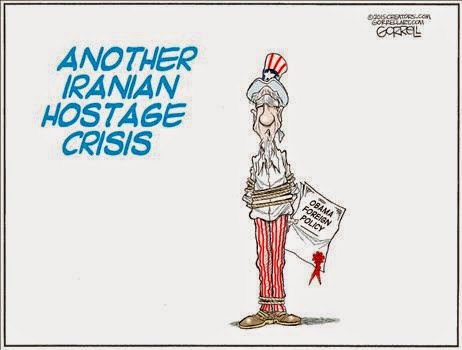 there is a lot going on in the middle east, and I do squarely blame the President for the chaos in the middle East.   It all started with the "Arab Spring" back in 2009 and the President earlier had gone to the University in Cairo and talked about the great reset in U.S and Muslim relations and basically apologized to the world for all the baaaaaaaad things that the United States has done and that the Muslims shouldn't hate us anymore.  Right after that the Arab spring erupted, and the President basically had an hands off policy and voiced support for the "people" while long time American allies were besieged by radicals.  he supported the radicals/Muslim Brotherhood against Mobarak in Egypt and everywhere else.  And when there was an uprising against the mad mullah's in Iran, President Obama was strangely quiet, I think his handler Valerie Jarrett his senior adviser who is Iranian probably told his to not do anything so the pro freedom group in Iran collapsed.
President Obama isn't the only person I blame for the chaos in the middle east, I also blame the Royal House of Saud, they espouse publicly a radical form of Islam called Wahhabism.  To keep peace inside the kingdom, they throw a lot of money at the radicals inside their borders to export that sect of Islam to the other places.  All these places that where there is grinding poverty and no real education possibilities, they set up these religious schools to educate and indoctrinate the illiterate and the poor.  Now those chickens are coming back to roost.  also you have the Iranians in the mix, they are wanting to be the power player in the region, and that means getting rid of the United States.  It also isn't good that the Soviets Russians recently signed a trade agreement.
Now Saudi Arabia had her king die, they had an assassination on a General in her Army who was visiting the border area, this shows that ISIS had good intel on the movements of the general so that makes me wonder how many have infiltrated her armed services.  Also the radicals believe that the House of Saud are corrupt and apostates and not deserving the "honor" of protecting and representing the 2 holiest cities of Islam.   The government in Yemen collapsed, and they share the peninsula and the border.   the Suez canal and the straits of Hormuz are in danger of being closed up. I can see a major uprising in the kingdom this spring and the price of oil to shoot up.   And President Obama will be busy doing his favorite pastime.