Monday Music "Got my mind set on you" by George Harrison

Remember the reason for the Holidays, it honors those that made the ultimate sacrifice.  We honor them by remembering their sacrifice. 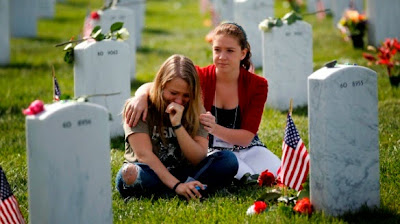 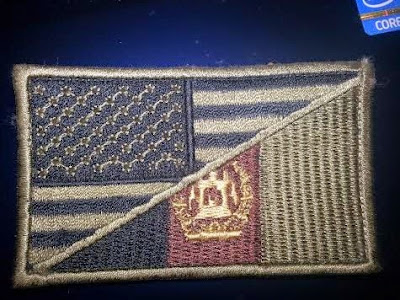 This song came out while I was in Europe, I heard the song at one of the stores at Robinson Barracks, I was visiting one of the little shops there when the song came on the MTV Europe station and the music caught my ear.  I liked the song and the video and went to the PX and bought the CD.  Hows that for marketing? 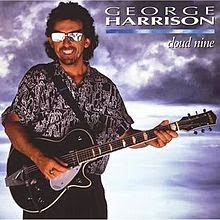 Of Harrison's three number-one singles in the US, it was the only song not written by Harrison and the only one without religious overtones. Not only was this the last US #1 hit by Harrison, but from any of the ex-Beatles in the US. When the song hit #1, it broke a three-way tie among Harrison, John Lennon, and Ringo Starr, all of whom had two #1 hit singles as solo artists (discounting Paul McCartney's work with Wings). It also happened to be the #1 single in the US the week immediately preceding the induction of The Beatles into the Rock and Roll Hall of Fame, making Harrison one of the few inductees to have an active single on the U.S. record charts at the time of induction. Billboard ranked it as the No. 3 song for 1988.
The single's B-side is "Lay His Head", a remixed version of the unreleased song from Harrison's originally intended Somewhere in England album. The 12-inch version of the single also adds an extended version of "Got My Mind Set On You".
In the UK the single spent four weeks at number two. It was kept off the number 1 spot by T'Pau's "China in Your Hand".
The song was included in the Harrison compilation albums Best of Dark Horse 1976-1989 (1989) and Let It Roll: Songs by George Harrison (2009). A live version was recorded for his Live in Japan (1992) album.
In 2010, AOL radio listeners chose "Got My Mind Set on You" as one of the 10 Best George Harrison Songs, appearing at number 4 on the list.


Two music videos were released for the cover version.
The first (directed by Gary Weis) starred a young Alexis Denisof vying for the heart of a girl in an amusement arcade. It featured Harrison and the band inside of a movie viewer, while the young man tries to win a toy ballerina for the girl.
The second, also directed by Weis, is Harrison sitting and playing in a study. As the song progresses, furniture and knick-knacks (like a stuffed squirrel, sentient chainsaw, and mounted stag and warthog) begin to dance along with the song. In the middle of the video, Harrison (through the use of a stunt double) performs a backflip from his chair and follows it with a dance routine before jumping back to his seat.
The second received significant airplay, and was nominated for three MTV VMAs.

Posted by MrGarabaldi at 5:56 PM