The Cruise and other stuff

We went on on another cruise with Disney,we left from Port Canaveral, I saw this on the side of the bank near where the cruise ship was leaving, 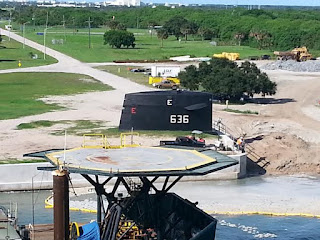 I wonder why there is a sub tower in the bank of the Port Canaveral harbor.    Something for me to research...Hello "Google"...

USS Nathanael Greene (SSBN-636), a James Madison-class submarine, was one of three ships of the United States Navy to be named for Major General Nathanael Greene, who served in the Continental Army during the American Revolutionary War. Both ships of the name USS General Greene were also named for him.
Nathanael Greene's sail has been restored and is now on display in Port Canaveral, Florida as a memorial to the original 41 fleet ballistic missile submarines.


We had a coast guard ship escort us out.  I never seen that before....but it is logical, a cruise ship is a very soft and squishy target.    I was talking to Old NFO about it while the ship was leaving port. 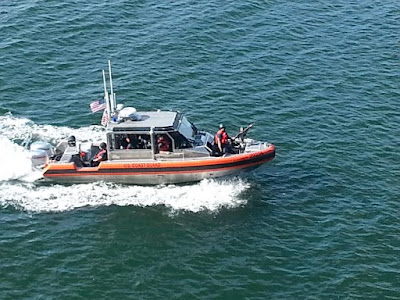 and we had a stop over in Nassau in the Bahamas:

Nassau /ˈnæsɔː/ is the capital, largest city, and commercial centre of the Commonwealth of the Bahamas. The city has a population of 248,948 (2010 census), 70 percent of the entire population of the Bahamas (353,658). Lynden Pindling International Airport, the major airport for the Bahamas, is located about 16 kilometres (9.9 mi) west of Nassau city centre, and has daily flights to major cities in the United States, the Caribbean, Canada, and the United Kingdom. The city is located on the island of New Providence, which functions much like a business district. Nassau is the site of the House of Assembly and various judicial departments and was considered historically to be a stronghold of pirates. The city was named after Nassau, Germany in honor of William of Orange-Nassau.
Nassau's modern growth began in the late eighteenth century, with the influx of thousands of American Loyalists and their slaves to the Bahamas following the American Revolutionary War. Many of them settled in Nassau (then and still the commerce capital of the Bahamas) and eventually came to outnumber the original inhabitants.

We walked around and had a good time despite the humidity, the rain kept threatened to make an appearance.   We visited a few shops 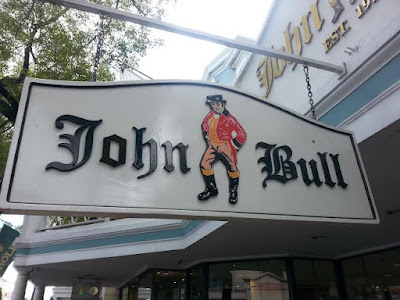 This was a high end store,  I went in there to get my 15 year old Fossil watch repaired.  Man the prices I saw on watches, bags, electronics and jewelry definitely showed me how the upper crust lived.    And speaking of upper crust, there was a heavy police presence, the local bobbies still wore the British style uniforms 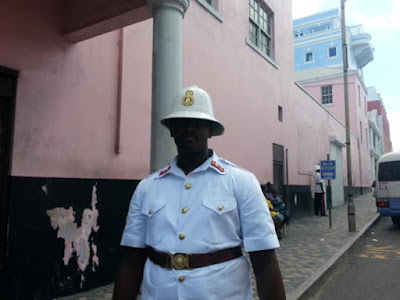 I saw both unarmed and armed police, apparently there has been an uptick in crime against tourist and tourism is a big part of the countries income stream.  I saw a couple of bobbies making an individual doing the perp walk...so he must have done something I suppose.
We saw several street performers and it was neat seeing their performance and dodging the people pushing cuban cigars and other cigarello's, apparently cannibus is still very popular. 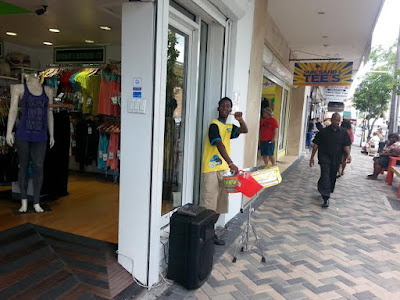 We also went over to Senor Frog for a light lunch.....I saw the menu.....very expensive....reminds me of outback or something else. 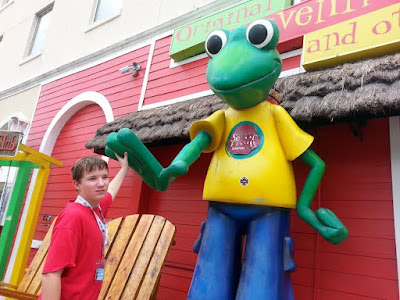 It was a good trip, we enjoyed it and I always liked traveling over the water, we had sun whereas here in Georgia where I live, they had rain the entire week we were gone. 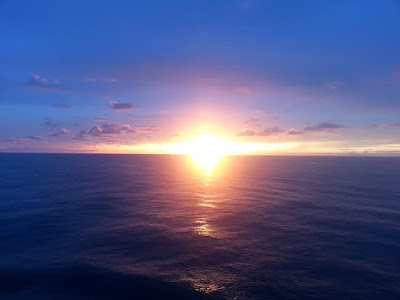 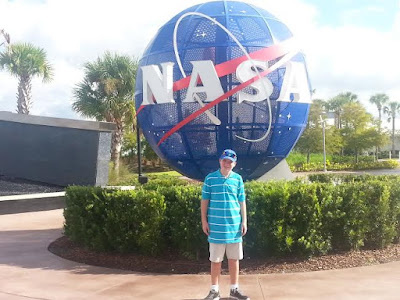 And on a different note, I saw something on a suburban at the hotel we were staying at,.... 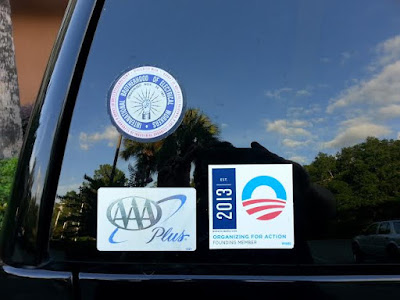 I guess he is tied in with some of the government unions, and also to keep the benefits coming, shafts the American public to keep his nest feathered.    I for a moment considered carving "asshole"on the side of his ride and cutting his valve stems on the tires....but my better angels of my nature stopped me....but I considered it.......for a moment. 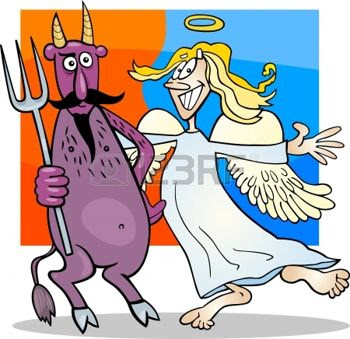 Posted by MrGarabaldi at 5:16 PM