I went shooting over a week ago, Eric@ammoman sent me some ammo for me to do an evaluation on...The ammo sat in my bonus room for about 6 weeks while I tried to find time to go shooting.  I thought I had my preferred venue locked in and it fell through, so I went to my alternate.  I went to the local range.  It is a very nice range, bu very busy.   Apparently a lot of people like to handle things that go *boom*.  While I was setting things up to get a range I saw this sign.. 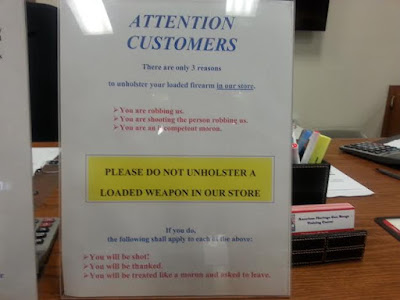 I got a chuckle out of this while I handled my business.   I got my lane assignment and walked over to lane#18.  Like I said, this range is a very nice range, it has the heavy duty plexiglass lane dividers, not the plywood/eggcrate construction that is prevalent in a lot of ranges.   I went and pulled out my box of goodies from "Ammoman" 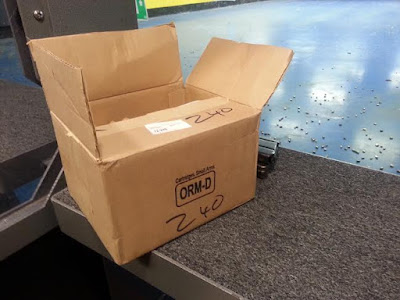 I figured I would run the rifles first.  I got some 303 British to shoot and some 308 ammo to shoot.  First off I unwrapped my rifles that I brought... 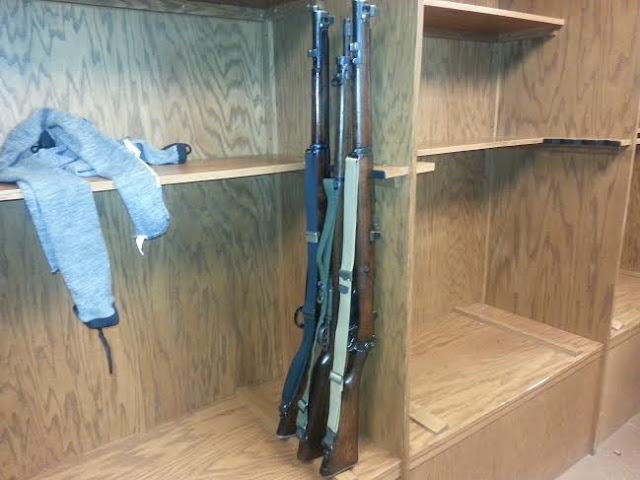 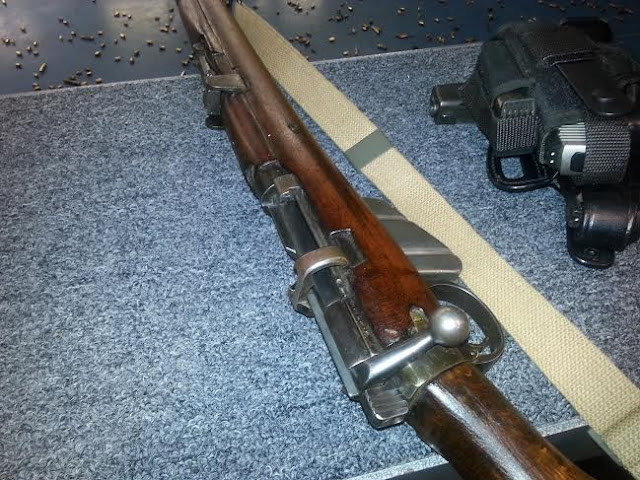 As you can tell from the brass in the floor, the range is a busy place...even on a Sunday Morning.  I preceded to load the magazines and Eric sent me some 303 and I kept having one of the magazines try to dump all the ammo out.  Apparently I will have to "work" the magazine so it will keep the ammo in order, but I digress.  I haven't fired my Enfield since the late 90's.  The rifle sat in the gun safe and I didn't like firing it back then, I can't remember the reason why.  My Enfield was made at the Ishapore Royal Armory in India in January 1945, She is a  Number 1 Mark III.  But I loaded up the magazines and inserted the magazine into the well and chambered the first round.  As I started peering down the sight, I realized that the "battle sight" of the Enfield is more difficult to discern, I guess my eyes are getting older.  The Enfield shot great, I found the recoil not bad and magazine fed the rifle with no issues. 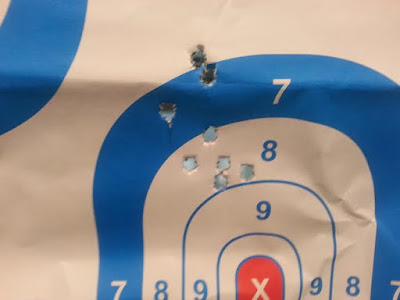 This was at 50 yards(Max distance inside the range) with the iron sight, I don't know if  that is a a good group or not.  To me the grouping are "respectable".   The ammo I was using was Remington UMC 174 grain MC "Metal Case" ammunition and some PPU Ammunition that also is the 174 grain BT design.  I fired both versions separately and then mixed the ammo up to see how it fed and fired. 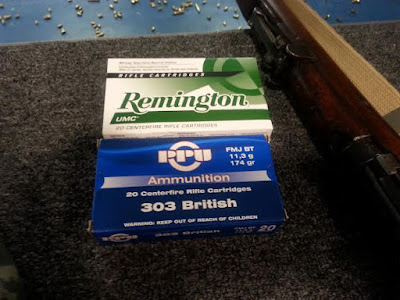 Much has been made of the 15 rounds per minute achieved at Mons by riflemen of the British Expeditionary Force.  However these were highly trained soldiers of what was then (August 1914) a professional army.
The flood of entrants to the New Armies - of all nations - could not hope to achieve such a sustained accurate rate of fire.  The norm was perhaps eight to twelve rounds per minute.  I tried to fire the rifle both in aimed shot and in "rapid fire" mode by using my other finger to squeeze the trigger and my "pointie" finger and thumb to quickly move the bolt to eject and feed the round.  That was enjoyable.
I then grabbed my favorite bolt action rifle, my 30-06 Springfield 03A3, I havn't fired her in a long time either, so I figured it would be a break on the Enfields. 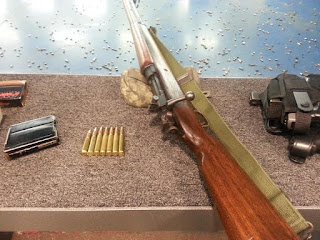 My 03A3 was manufactured in 1943 by Remington Arms.  I always loved the 03 type of rifle and always wanted one.  I bought her in Germany when I was stationed there. She has the import stamp from 1977 from Germany on the rifle. 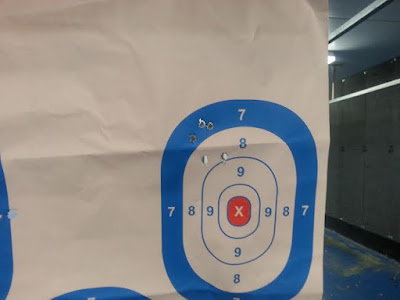 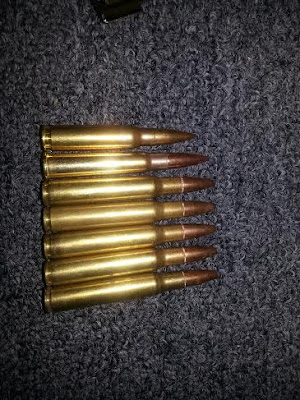 Posted by MrGarabaldi at 5:51 PM

Email ThisBlogThis!Share to TwitterShare to FacebookShare to Pinterest
Labels: Range