I have been real busy, but my weekend has started   YAY!   Our latest 757 airplane is almost finished, we will be kicking her out next week for revenue service.  I walked in at the beginning of shift and saw this and immediately grabbed the phone to take a picture... 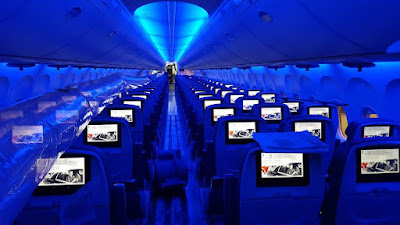 The plane is equipted with "mood" lighting...apparently there is a study that shows if there is a lot of blue, that it is a soothing color.   I just thought it looked cool....but I am strange..
Also here is a couple of pics of Camp Rainey Mountain that we attended for conclave(Order of the Arrow event). 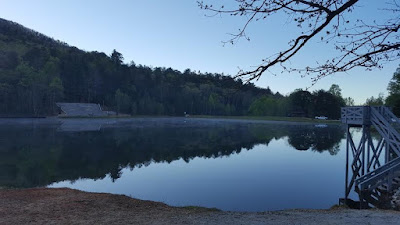 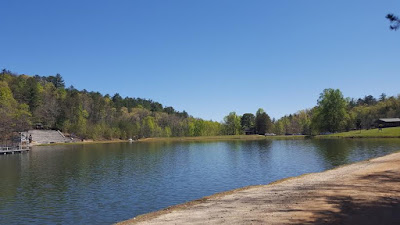 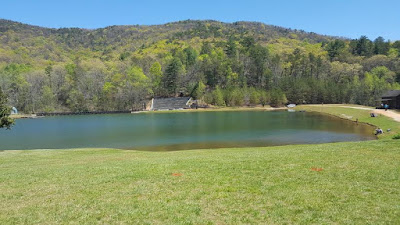 I  enjoyed the scenery, I have never been to this camp before....One of my troops are going up there this summer for summer camp.
I did see this in the bathroom.... 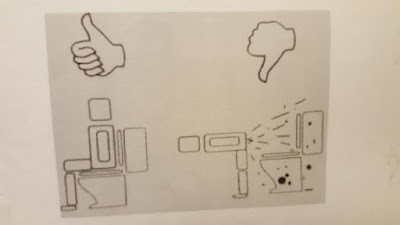 Apparently this is an issue ...
I will then add an article that I read...

It is the Trumpkins they fear

Donald Trump was a bundler who raised lots of money for McCain and Romney, men who seem honorable. Yet they turned their back on Trump and actually worked to block his nomination. Theories abound as to why that may be. I will offer this one: It is not that Trump is about to be elected president -- it is about the people who will elect him. McCain outright called them "crazies."

The hoi polloi scare the foie gras out of the hoity-toity who run this nation.

This is an idea I have toyed with off and on as I write my book on this nomination. I began by thinking Trump's critics in the media live in a bubble -- you know the usual stereotype of Pauline Kael covering politics. But as Trump rose and nears the nomination, that mask fell. Never Trump is not about him. It is about us, his supporters. Kevin Williamson of the National Review pleasured his bosses at the National Review by writing, in his "Father Fuhrer" piece last month, that rural towns that white people live in deserve to die. He is from Amarillo, so he can get away with this, right?

Just as Obamacare's destruction of the nation's health system was by design, not accident, so we see the results of free trade and illegal immigration are not unintended consequences, but rather by design. Their message to America is:


Wages are lower as is the standard of living in America, but hey, you can get an iPhone for $399, so what are you complaining about? You're an ingrate who hates capitalism and the free market, you damned Marxist.

What bothers Washington is Trump is the worst presidential candidate in American history and yet he is winning and will win the White House because the people have had enough of the race-baiting politics of division in America and appeasement overseas. That shows the power of a people who are the last group you can mock in a politically correct nation. They are rising. His message resonates because it comes not from him but from the people. He heard you. We hear you. Soon the whole world will hear from us.

That is what soils the underwear in Washington.

Vanity Fair had a piece on the fallout from New York:


Rich Americans still have it pretty good. I don’t mean everything’s perfect: business regulations can be burdensome; Manhattan zoning can prevent the addition of a town-house floor; estate taxes kick in at over $5 million. But life is acceptable. Barack Obama has not imposed much hardship, and neither will Hillary Clinton.

And what about Donald Trump? Will rich people suffer if he is elected president? Well, yes. Yes, they will. Because we all will. But that’s a pat answer, because Trump and Trumpism are different things. Trump is an erratic candidate who brings chaos to everything. Trumpism, on the other hand, is the doctrine of a different Republican Party, one that would cater not to the donor class, but rather to the white working class. Rich people do not like that idea.

Yesterday’s primary handed victories to Trump and Clinton, and, if Michael Lind is right, Trumpism and Clintonism are America’s future. Lind’s point, which he made last Sunday in The New York Times, is that Trumpism — friendly to entitlements, unfriendly to expanded trade and high immigration — will be the platform of the Republican Party in the years going forward. Clintonism — friendly both to business and to social and racial liberalism — will cobble together numerous interest groups and ditch the white working class. Which might be fair enough, but Lind didn't mention rich people. Where will they go?

The Democratic Party has not been a total slouch, offering policies friendly to health-care executives, entertainment moguls, and tech titans. In fact, financial support for Democrats among the 1 percent of the 1 percent has risen dramatically, more than trebling since 1980. Traditionally, though, the Republican Party has been seen as the better friend to the wealthy, offering lower taxes, fewer business regulations, generous defense contracts, increased global trade, high immigration, and resistance to organized labor. It’s been the buddy of homebuilders, oil barons, defense contractors, and other influential business leaders.

I doubt there is one conservative in Washington who is happy with that arrangement. Trump is bringing people to the party, but not the right kind of people. The party of the working class? Ew. And so the Conservative Commentariat fights on.

They call Trump vulgar. No profane or obscene, but vulgar. The reason is that vulgar means of the common people, which is the last thing they want for their little party. 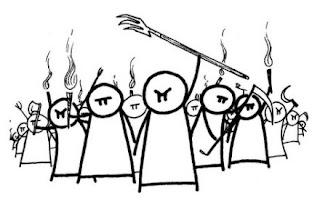 Which is why they hope to hell Hillary Clinton wins and saves their insider jobs.

Posted by MrGarabaldi at 7:53 AM