Monday Music.."If I ever lose my faith in you" by Sting

I have been very busy with work, the PAX mods we are doing are coming to the end and I am trying to max out my overtime before we go back to letter checks(regular maintenance schedule) A.K.A. No Overtime.  This song came on while I was driving home and I remembered this song when it came out in 1993, I always liked Sting, and I thought he played a pretty cool bad guy in the Movie "Dune" which I also liked... 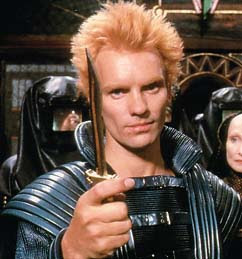 This song came out in a weird period in my life, I was working as a Domino's Pizza Manager and 100 hour weeks were common.  I was going for "Franchisee" so I put in the hours.  Needless to say I didn't have a life.   There was a girl I was interested in and she worked at another Fast food Restaurant.  I tried to be old school and "court" her I believe the word was.....but she dumped me for a guy named "snake."  At the time I was really hurt, but in retrospect..I got a much better one down the line so it all worked out in the end.  When I hear the song, it reminds me of that period of my life and the strange things that have happened.

"If I Ever Lose My Faith in You" is a song recorded by English singer Sting. It was the second single from his album Ten Summoner's Tales and was released in 1993. It achieved a moderate success in many countries, reaching #17 on the U.S. Billboard Hot 100. It remains one of Sting's signature songs.
In 1994 the song won Sting a Grammy Award for Best Pop Vocal Performance, Male, while it was also nominated for both Record of the Year and for Song of the Year.
It has been included on all of Sting's compilation albums since its release, namely Fields of Gold: The Best of Sting 1984-1994 and The Very Best of Sting & The Police. 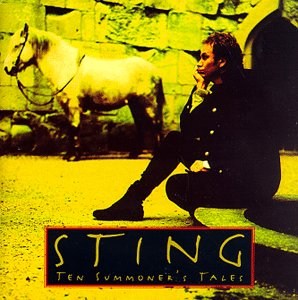 Ten Summoner's Tales is the fourth solo studio album by the English rock musician Sting. The title is a combined pun of his family name, Sumner, and a character in Geoffrey Chaucer's The Canterbury Tales, the summoner. Released in 1993, it explores themes of love and morality in a noticeably upbeat mood compared to his previous release, the introspective The Soul Cages released in 1991 after the loss of both his parents in the 1980s.
This album contained two US hits; "If I Ever Lose My Faith in You" reached No. 17 on the Billboard Hot 100 and "Fields of Gold" reached #23.
Ten Summoner's Tales was shortlisted for the 1993 Mercury Prize. In 1994, it was nominated for six Grammy awards, winning Best Engineered Album, Non-Classical, Best Male Pop Vocal Performance ("If I Ever Lose My Faith in You") and Best Long Form Music Video. It did not win Album of the Year, Record or Song of the Year.
A Laser Disc and VHS of the album were released, containing live performances of all songs on the album at Lake House.

Posted by MrGarabaldi at 8:35 AM