First off, I finished reading Peters's book and it is a real good read.  I was very impressed by the initial effort.  I used to read westerns but haven't read any in a long time. 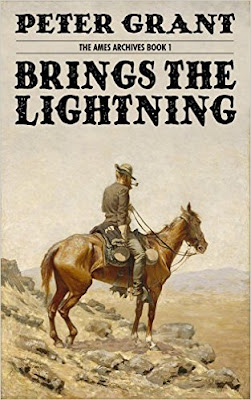 Here is the Link for your copy.  Check it out.

The kerfluffle over the bathroom is getting rediculous, we are having any fringe group related to the LGBT outrage machine going for their pound of flesh and their time in the sun as the latest cause for the movement. 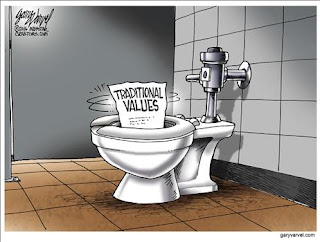 There has been so much drama spun by this non issue and the Obama White House added to it by threatening schools with losing federal dollars unless they comply with the latest cause championed by the LGBT lobby.   It makes me wonder what they are distracting us from.
And speaking of our "Dear Leader", he is making the latest apology tour through the far east, 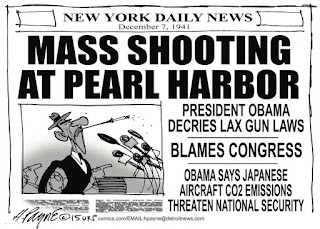 With an added bonus, a sitting President on foreign soil, lambast the opponent party presidential nominee that "people are rattled."   Really...?    Talk about throwing tradition down the drain.  You don't speak ill of Amercans especially in a foreign country......that is tacky to the extreme.  If a GOP president did that, I would feel the same.  it is called decorum.  President Obama is foremost a politician and a community organizer, the only thing he can do is read off lines from a teleprompter.
And speaking of politics......The Donald got the GOP nomination. 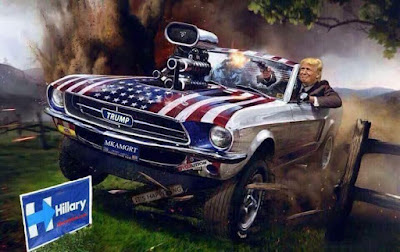 For better or worse, he is the nominee.  I will vote for him over the butcher of Bengazi, The presumed Democrat nominee Hillary Clinton,   The fix was in for her coronation but "The Bernie" is making things hard for her. 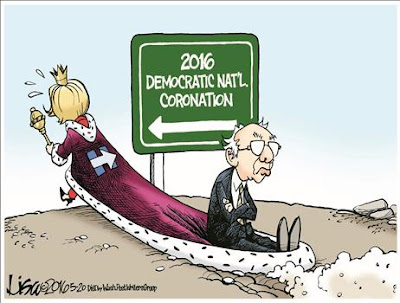 The democratic primary is getting real feisty, the powers that be was expecting a smooth election process where the rank and file democrats would fall in line behind the presumed candidate...you know her as the "smartest Women in the world" 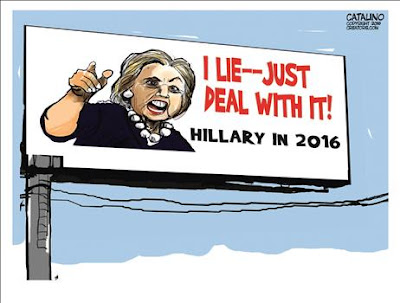 Well the Democratic National Committee isn't taking the challenge of "Feel the Bern" laying down, they are trying to derail Sanders run at the nomination. 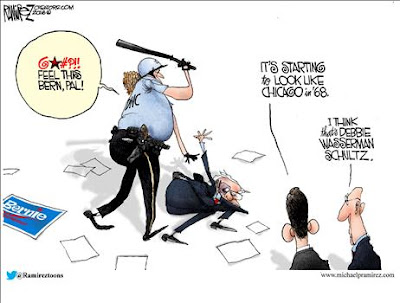 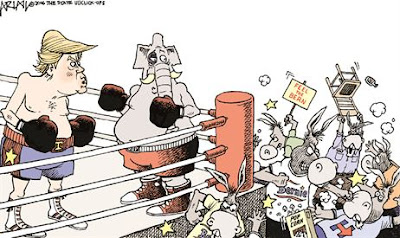 Posted by MrGarabaldi at 5:14 PM