Monday Music "How do you Do" by Mouth and MacNeal.

You have a song that you first remember singing to and playing all the time....well this one was mine...I remember playing the mess out of this song on my little 45 record player 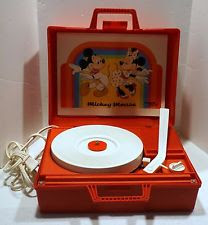 It looked kinda like this one....
I no longer have the record player, it vanished in the mist of time but I still have the .45 record that I played the crap out of.  I got it from my Mom's house a couple of years ago.   I was surprised that she still had it.  It is with all my other records that reside in my bonus room. I really liked this song when I was about 7 years old and it was awesome to a 7 year old's perspective.  I recently downloaded the song on my phone.  Yes the song is corny...very corny but it reminds me of my childhood and I had a good childhood so I can't complain.

"How Do You Do" released in 1971 was an international hit single for Dutch duo Mouth & MacNeal. It was #1 in the Netherlands, Belgium, Denmark, Switzerland, and New Zealand. It also spent 19 weeks in the Billboard Hot 100 a year later, and a cover version by Scots-German duo Die Windows (later Windows) reached #1 in Germany. The single earned Mouth & MacNeal, and its composers Hans van Hemert and Harry van Hoof, the 1972 Buma Export Award for the most records sold abroad by a Dutch musical act in that year. 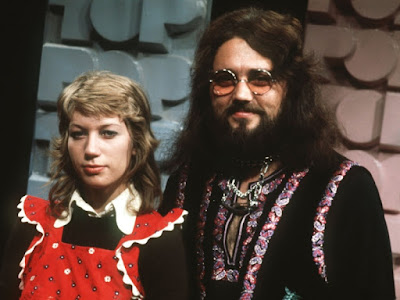 They were formed in 1971 when record producer Hans van Hemert brought together the solo talent of Big Mouth (born Willem Duyn) and Maggie MacNeal (born Sjoukje van't Spijker). Big Mouth had previously sung in a number of 1960s bands, including Speedway. MacNeal had released one solo single before teaming up with Big Mouth, a cover of Marvin Gaye's "I Heard It Through the Grapevine", also produced by van Hemert.
The duo released their first single, "Hey You Love", which reached #5 in the Dutch Top 40, while the next two singles "How Do You Do" and "Hello-A" both reached #1 in the Netherlands. In 1972, "How Do You Do" reached the top of the charts throughout Continental Europe and Scandinavia. "How Do You Do" was made popular in the United States by radio personality Jim Connors and the song eventually reached #8 in the U.S. in July 1972. "How Do You Do" spent 19 weeks in the Billboard Hot 100 and won the R.I.A.A. gold disc on 2 August 1972. Selling over a million copies in the U.S. alone, global sales exceeded two million.
This propelled their 1972 album Hey You Love / How Do You Do into the Billboard 200 (US #77). More hit singles followed in 1973, and in 1974 Mouth & MacNeal represented the Netherlands in the Eurovision Song Contest with their song "I See a Star", placing third to ABBA and Gigliola Cinquetti. The song became a UK top ten hit, peaking at #8.
In December 1974, shortly after their success with "I See a Star", Mouth and MacNeal split up. Big Mouth continued with Ingrid Kup (who would later become his wife) as "Big Mouth & Little Eve", whereas MacNeal resumed her solo career. MacNeal went on to represent the Netherlands again at the Eurovision Song Contest 1980 held in The Hague, singing "Amsterdam", finishing fifth in a field of nineteen.
By then, Big Mouth was also pursuing a solo career; under his own name he charted with Dutch-language versions of Frankie Miller's "Darlin" (the song was renamed "Willem") and "Chattanooga Choo Choo" (based on German singer Udo Lindenberg's adaptation). In 1992 Duyn joined forces with rural-conscious rockers Normaal for Tenpole Tudor's Wünderbar while their own frontman Bennie Jolink recovered from a motorcycle-accident.
Duyn died from a heart attack in his hometown of Roswinkel on December 4, 2004 at the age of 67.
MacNeal dropped her pseudonym and performed as Sjoukje Smit; in 2008 she reformed Mouth & MacNeal with Arie Ribbens replacing Duyn, but with no success.
On March 21, 2012, Roel Smit published the Mouth & MacNeal biography; Mouth & MacNeal, duo tegen wil en dank.