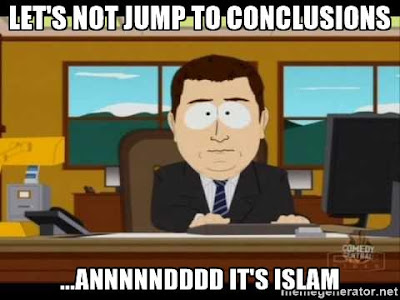 This is a scene similar to Berlin where a person from the middle east decided to steal a truck, kill the driver and drive it through a bunch of Christmas shoppers in Berlin.  Now we have the same thing happen in London.  The person that drove the SUV also was a follower of Islam.  He killed 4 people and injured 29 according the the latest count... 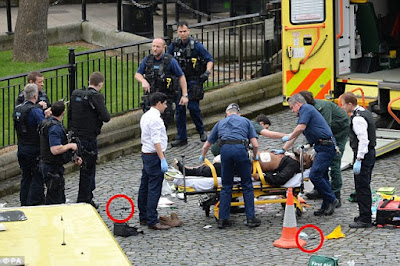 The follower of Islam is a local guy, from the pic, has been known to the MI5 and somehow he slipped through the cracks...right...the government and police are soo politically correct that they can't even say the words 'Islamic Terrorist" for fear that it might offend the followers of islam. 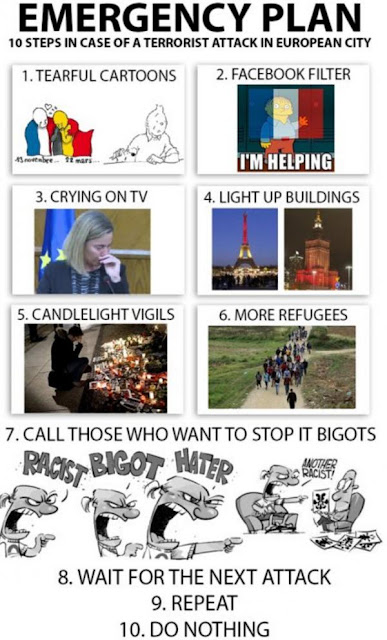 Islamic State was last night top of the list of groups thought to be behind the Westminster attack.
As security experts said the brutality of the crime pointed towards the terrorists, IS supporters posted gloating messages online.
On private messaging app Telegram, one user shared pictures of the attacker’s route.
Another post features a mocked-up image of the Elizabeth Tower on fire with the message: ‘Soon. Our battle upon your land. Not started yet. Be upon you. Only waiting.’
According to Ahmet Yayla, senior research fellow at the International Centre for the Study of Violent Extremism, the messages were shared on a ‘credible’ IS channel.
Last night security experts said the attack had the hallmarks of IS. A source added: ‘It would be a fair assessment because of the methodology used – driving vehicles into people in a horrible random attack in a crowded place.’
Just before Christmas, IS released a manual which instructed jihadis to plough a lorry into an outdoor market and inflict a ‘bloodbath’.
The terror group’s Rumiyah magazine said using a vehicle was the most successful in ‘harvesting’ large numbers of non-believers.
It said the tactic was ‘superbly demonstrated’ in Nice when 86 people were massacred by a lorry on Bastille Day last July.
Then in December, a lorry plouged through a Christmas market in Berlin, killing 12 and injuring nearly 50.

Posted by MrGarabaldi at 8:45 AM