Apparently a Navy pilot was doing some stunt flying and drew a phallic symbol in the sky and people are butthurt about it.. 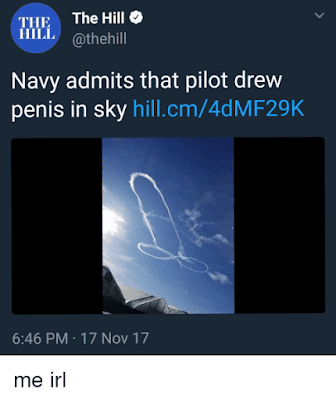 ..jeez really?   Anybody that has been in the service knows that serviceman draw phallic symbols on anything that doesn't move.   The meaning is that "we are screwed by the Green Machine.  It is a tongue in cheek crass humor that is prevalent in the service.  Terminal Lance, had some good comments about it.   I thought it was pretty good flying actually...People need to get a sense of humor again.
Also the sexual harassment stuff is really ramping up, as far as the Alabama candidate goes, what happened?  it took 40 years for these allegations to show up?  After 40 years of public service?  Something reeks of crass political opportunism.  At one of the accusers works for the Hillary campaign...Now we have several prominent democrats get rolled up in this stuff, 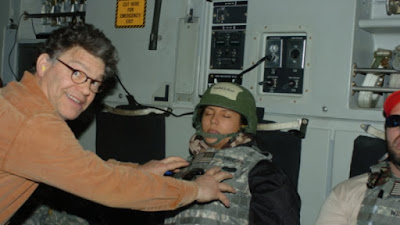 We have feminist that support the democrats because "sure they got assaulted, but it is for the cause, they should be sacrificed for the greater good of the cause."  I saw that quote from the Washington Post from a couple of prominent feminist.  Apparently besides the obvious different from the big  government stater that views individuals as to be sacrificed for the "greater good" and the conservative where all individuals are prized. 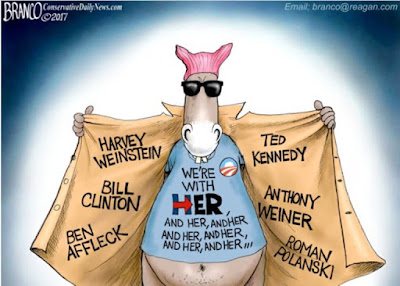 I guess if it wasn't for double standards, there would no standards with the democrats. And the establishment Republicans are in a hurry to throw the Alabama election to the democrats in hopes of derailing the Trump agenda.
Posted by MrGarabaldi at 5:00 AM