I am still working my backup theme of "what song would I play if Sirius/XM would let me run a segment and I would name it "what songs I could play over and over again."  I will start back up my other theme, the bugaloo theme after it has rested some more in the pasture.

I remembered this song hitting in 1983 on the MTV music circuit, you know MTV...Back when they played Music video's rather than the insipid reality shows and other crap.   and I thought it was a pretty cool song, but it faded away and I forgot about the song until my Sirius/XM did their forgotten hit with cuts from Indiana Jones and "Raiders of the Lost Ark" and this song came on and it was a "Eureka" moment and I recalled the song and saved it and bootlegged it on an app I have on my phone.


"Birds Fly (Whisper to a Scream)", given the reversed title "Whisper to a Scream (Birds Fly)" in some markets, is a song by the British band The Icicle Works. It was released in 1983 as the first single from the band's 1984 debut eponymous album The Icicle Works. The song was written by Ian McNabb, the band's lead singer, and produced by Hugh Jones. 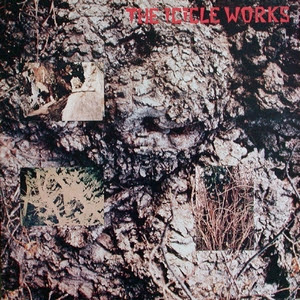 The Icicle Works is the eponymous debut album by The Icicle Works. The album was released in 1984 and charted at number 24 in the UK and number 40 in the US.
The original 1984 issue features different track listings and cover artwork in the UK, in the USA, and in Canada.
In 2006, Beggars Banquet Records issued both a 2-CD and a limited edition 3-CD expanded edition of The Icicle Works. Disc 1 consists of the original album in its entirety, in the UK configuration. Disc 2 features a selection of b-sides, radio sessions, and remixes, as well as one live track. On the 3-CD edition, the first 10 tracks of disc 3 consist of "radio session" versions of the songs from the original UK Icicle Works album; they are presented in the original UK album sequence. Disc 3 then concludes with a previously released b-side, and a previously unreleased album outtake.
The US version of the album has a remixed and re-titled version of "Birds Fly (Whisper to a Scream)". The US remix does not include the female spoken introduction heard on the UK mix. The US album was released by Arista Records.

Pitchfork Media described the song "Love Is a Wonderful Colour" as "one of those "wow where was this hiding?" tracks that make you think there's something left to 80s crate-digging."
Posted by MrGarabaldi at 9:07 AM