I am still running my backup theme "if I could host a segment of "Sirius/XM" and what songs I could hear over and over again.  I will restart my Bugaloo theme, I had to give that poor theme a rest, I was riding it like a shetland pony at the fair.  Right now the meme is resting in the pasture eating grain and hay rebuilding its strength.

I ran across this song in the mid-late 1980's perhaps 1988-1989,   I thought this was a real neat song.  I heard it on a German radio station where I would surf around for something else to listen to when AFN would start playing country or Rap.  But I heard this song and it was around the time that I had just gotten a "dear John" letter from my girl that had rotated back to the world a couple of months earlier.  Yes this taught me a lesson about long distance romances.....Yep, they normally don't work.  When I got orders for deployment in 1990 for Desert Shield, I was dating a German girl, wasn't real serious  and yes I broke it off.  I didn't want any entanglements to screw with my game over there, and after seeing some of the stuff I saw happen to other people getting dear Johns letters or divorce notices via VHS tapes and other things, I made the right call.  Remember in the movie "Jarhead" when the guys wife sent a VHS tape, yes we got those...and the recordable birthday cards..Yes we got those also...and nothing like getting one of those with a "Dear John" letter and a performance with the wife and "Jodi"
Even now I despise Jody...No Honor.  "Jody will take advantage of a service member's girlfriend in the service member's absence. Jody stays at home, drives the soldier's car, and gets the soldier's sweetheart (often called "Susie") while the soldier is in boot camp or in country." 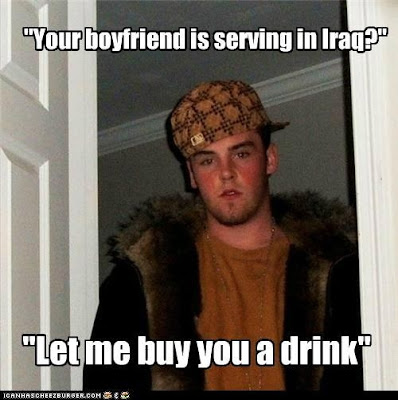 "Lavender" is a song by the British neo-progressive rock band Marillion. It was released as the second single from their 1985 UK number one concept album Misplaced Childhood. The follow-up to the UK number two hit "Kayleigh", the song was their second Top Five UK hit, entering the chart on 7th September 1985, reaching number five and staying on the chart for nine weeks. None of the group's subsequent songs have reached the Top Five and "Lavender" remains their second highest-charting song. As with all Marillion albums and singles between 1982 and 1988, the cover art was created by Mark Wilkinson.

Misplaced Childhood is the third studio album by the British neo-progressive rock band Marillion, released in 1985. 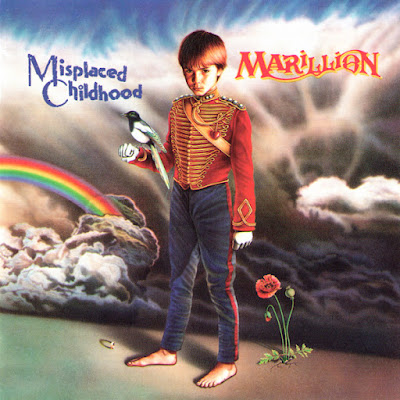 Recorded during the spring of 1985 at Hansa Tonstudio in Berlin and produced by Chris Kimsey, who had previously worked with the Rolling Stones, Misplaced Childhood has been the group's most successful album to date, peaking immediately at number one in the UK charts, spending a total of 41 weeks on the chart, and ultimately gaining the Platinum status. It features Marillion's two most successful singles, the guitar-led rock ballad "Kayleigh", which reached number two in the UK, and piano-led "Lavender" which peaked at number five.
The album's positive reception included its selection as one of the best of 1985 by rock publications Sounds and Kerrang!. It was later named one of the best concept albums of all time by Classic Rock. According to John Franck from AllMusic, the album was the band's "most accomplished" and "streamlined" work to date, while Ultimate Classic Rock has called it "the cornerstone of the entire 'neo-prog' movement".

The song features a number of verses that are reminiscent of the folk song "Lavender's Blue". The song forms part of the concept of the Misplaced Childhood album. Like "Kayleigh" it is a love song, but whereas "Kayleigh" was about the failure of an adult relationship, "Lavender" recalls the innocence of childhood:


The childhood theme also brought up the idea of utilising an old children's song and "Lavender" was an obvious contender as one of the original pop songs of its time.

Going through parks listening to Joni Mitchell, "Lavender" is the little boy's dream about you can walk through the park and bump into the lady of your dreams that you're going to fall instantaneously in love with.


The opening lines "I was walking in the park dreaming of a spark, when I heard the sprinklers whisper, shimmer in the haze of summer lawns" deliberately recall the title track of Mitchell's album The Hissing of Summer Lawns.
Unusually for a rock song from the mid-1980s, "Lavender" features a traditional grand piano rather than an electronic keyboard or electric piano. In the music video, keyboardist Mark Kelly is clearly seen playing a Bechstein but the original sleeve notes of the Misplaced Childhood album state that a Bösendorfer was used for the recording.
Posted by MrGarabaldi at 4:30 AM