The powers that be running Saudi Arabia are hoping to attract the foreign investors like "Dubai" of the UAE, that has and Dubai has  and is working on setting on setting themselves up as a center of tourism, Finance,commerce and Luxury because they know that oil is important, but they want to be more than a "one Trick Pony" so they are trying to branch out and use the Petrodollars to buy and establish as much infrastructure as possible to take advantage of the coming boom of luxury and tourism that they will hope will establish themselves as so  to be much more in case the oil runs out, they will still be viable so Saudi Arabia is trying to do the same and Saudi Arabia has more real estate to do more than the UAE, but the Kingdom has a different problem, Namely the Mullahs.  The UAE is very laid back as far as a Muslim country goes..Well Saudi Arabia is much more strict,they are the home of 2 of the holiest  sites of the Muslim World, Mecca and Medina, so the  the Religious Police are particularly feared, they look for "nonbelievers" and they do the  behead people there and stone the alphabet people pkus other transgressions.  For Saudi Arabia to encourage the Tourism and Finance industry, the Saudi's have to get the Religious Police and the Hard Core sect of Islam the "Wahhabism" Sunni part of Islam to back off and I really don't see them doing that so it will be interesting to see if Saudi Arabia will be successful or will this be another Boondoggle.  I hope they are successful, I think well of my time over in Saudi Arabia, the people were friendly although different culturally, I enjoyed the experience of a different culture that wasn't Western based while I was stationed there in 1990 and 1991. 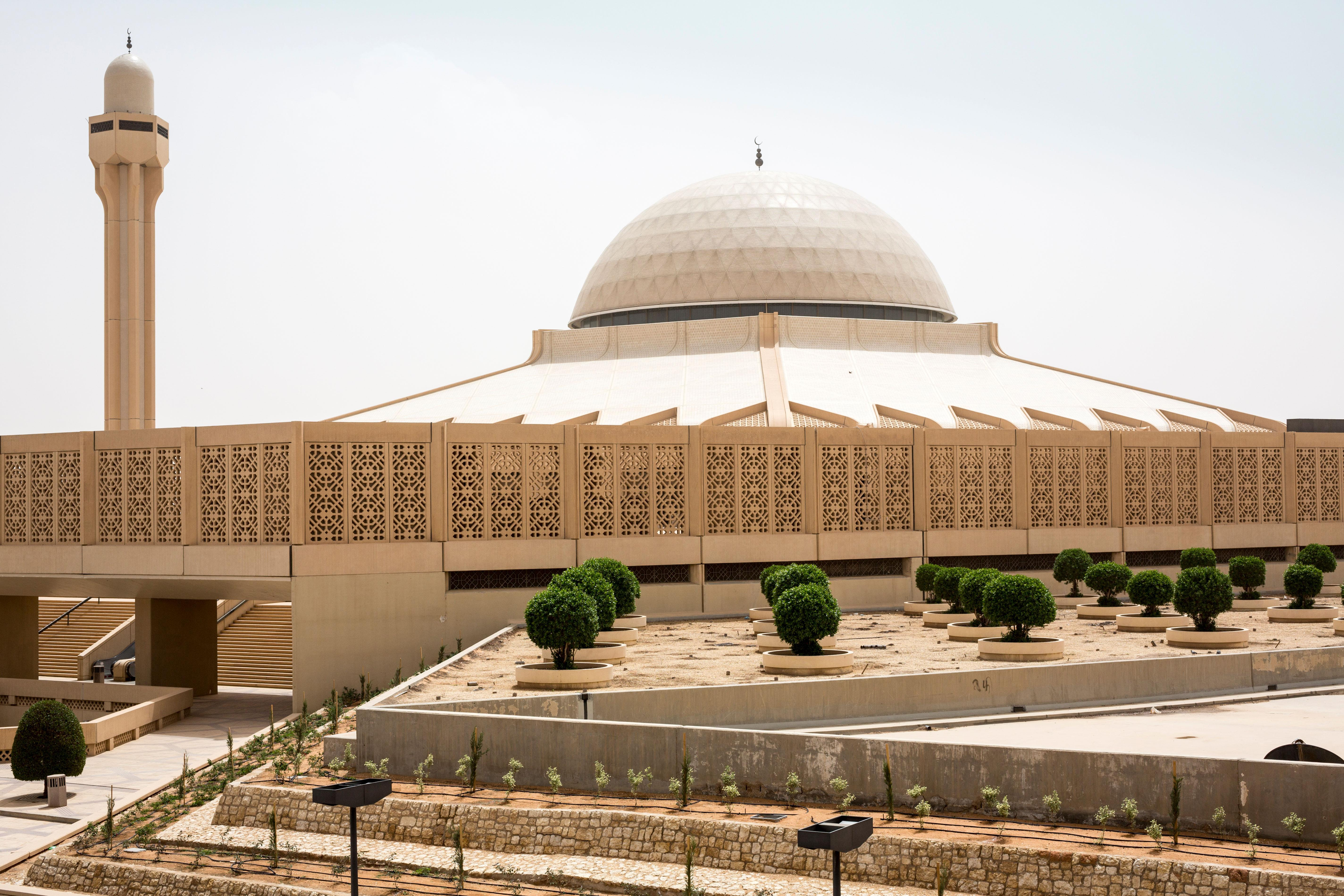 Details of a major piece in the plan to transform Saudi Arabia into an aerospace and tourism hub were revealed Nov. 28 with the announcement of plans for a new airport in Riyadh.

The new King Salman International Airport is intended to boost the capital’s position as a global logistics hub and stimulate transport and trade.

The airport is being designed to accommodate up to 120 million passengers by 2030 and 185 million by 2050. By the later date, it also is expected to be capable of processing 3.5 million tons of cargo annually.

The new facility is being designed to have six parallel runways and cover approximately 57 km2 (22 mi.²) It will incorporate the terminals of the current King Khalid International Airport and eventually supersede it.

Residential and recreational facilities will be included in the project. The airport is intended to be powered by renewable energy and strongly feature sustainability in its design.

The new airport master plan was announced by the country’s crown prince and prime minister, Mohammed bin Salman. The project is part of the desert kingdom’s Vision 2030 plan, which aims to diversify the country’s economy away from hydrocarbons.

Over the past few years, growing emphasis has been placed on creating an aviation eco-system in the country to try to emulate the successes of Dubai and Abu Dhabi in the nearby United Arab Emirates.

Riyadh is also expected to be the home base of the country’s planned new international airline, which is expected to be formally announced by year-end. The existing flag carrier Saudia—which officials say will not be downgraded—is based at the country’s main commercial hub, Jeddah. The new carrier appears to be aimed to compete with regional rivals Emirates and Qatar Airways by acting as a bridge between east and west.

The new airport will be funded by Saudi Arabia’s Public Investment Fund, which is intent on unlocking the capabilities of promising sectors in the economy.

Posted by MrGarabaldi at 5:52 AM