I read this with some interest on Yahoo news.

Along the road to one of China’s most famous tourist landmarks – the Great Wall of China – sits what could potentially have been another such tourist destination, but now stands as an example of modern-day China and the problems facing it. 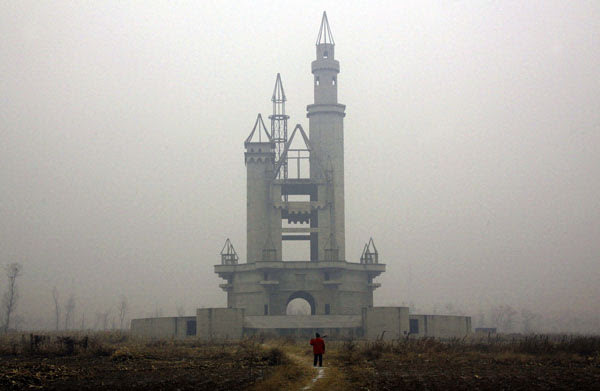 Situated on an area of around 100 acres, and 45 minutes drive from the center of Beijing, are the ruins of ‘Wonderland’. Construction stopped more than a decade ago, with developers promoting it as ‘the largest amusement park in Asia’. Funds were withdrawn due to disagreements over property prices with the local government and farmers. So what is left are the skeletal remains of a palace, a castle, and the steel beams of what could have been an indoor playground in the middle of a corn field. 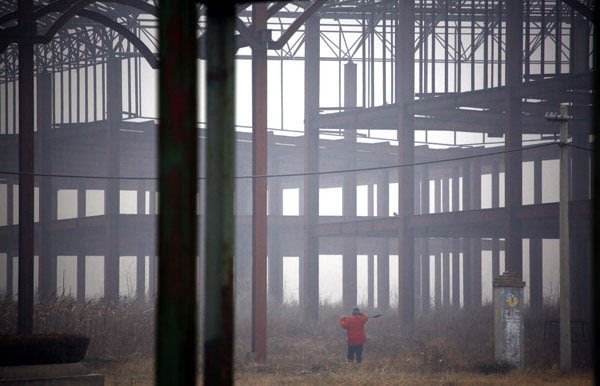 Pulling off the expressway and into the car park, I expected to be stopped by the usual confrontational security guards. But there was absolutely no one to be seen. I walked through one of the few entrances not boarded up, and instantly started coughing. In front of me were large empty rooms and discarded furniture, all covered in a thick layer of dust, along with an eerie silence that gave the place a haunted feeling – an emotion not normally associated with a children’s playground. 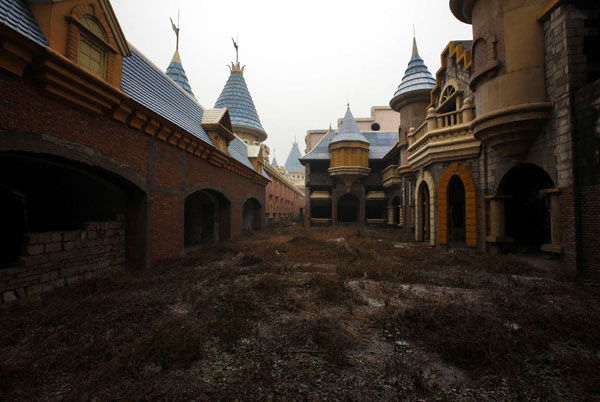 Once outside again, I came across some farmers who originally owned the land and are now using it to once again to grow their crops. Their tracks and plantations can be seen running through and surrounding the uncompleted buildings. Walking further, I came across a rather farcical sight of some farmers digging a well next to a castle; a moment I will always savor as a photographer in a place like China where castles are not in huge supply. I explained this to the farmers and they just shrugged their shoulders, oblivious to a photographer’s happiness. I asked them what happened, and they simply answered the developers ran out of money, and they are getting back to doing what they do best. They are even slowly starting to plant trees and build shelters near the buildings, adding they think it is now safe to think the developers are never coming back. This I can believe, as the absence of any security (something very rare in China) leads one to think that even the developers have given up on what is already there. 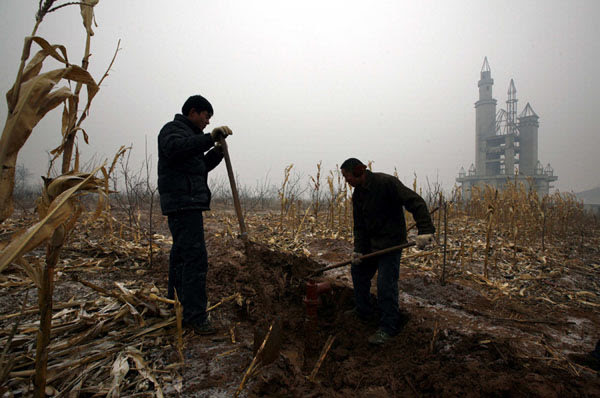 All these structures of rusting steel and decaying cement, are another sad example of property development in China involving wasted money, wasted resources and the uprooting of farmers and their families. It is a reflection of the country’s property market which many analysts say the government must keep tightening steps in place. The worry is a massive increase in inflation and a speculative bubble that might burst, considering that property sales contribute to around 10 percent of China’s growth.
Posted by MrGarabaldi at 6:45 PM