"She Blinded me with Science"...Monday Music

I am back, I finished Airbus  school, immedialtly went into cub scout mode for the weekend, had no time to blog, than had to work sunday night back to my 3rd shift.  Now I have a breather so I am going to post my Monday Music. 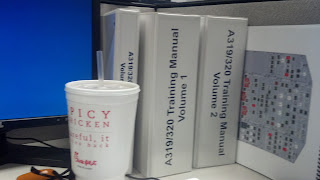 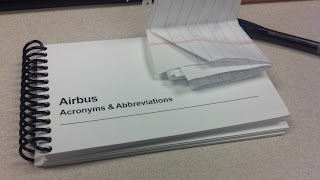 "She Blinded Me With Science" is a New Wave song by British musician Thomas Dolby, released in 1982. It was first released as a single in the UK in October 1982 and was subsequently included on the EP Blinded by Science and the second edition of Dolby's debut album The Golden Age of Wireless. It is a quirky, playful synthpop song featuring synthesizer sounds, plus a guitar track by XTC's Andy Partridge. The song was also sampled for "Got It Twisted" by Mobb Deep.
Although a success in the United States, peaking at No. 5 in the Billboard Hot 100 and 2 weeks at No. 1 in Canada's RPM Magazine, the song barely managed to score among the Top 50 in Dolby's native United Kingdom, peaking at No. 49 in the UK Singles Chart.
Dolby is often considered a one-hit wonder in the United States on the basis of the song's chart success there. In 2002, U.S. cable television network VH1 named "She Blinded Me with Science" No. 20 on its list of the "100 Greatest One-hit Wonders."[1] While the song is Dolby's only Top 40 single on the Billboard Hot 100, he has had other songs which scored on the music charts. In 2006, VH1 placed it at No. 76 on their list of "Greatest Songs of the '80s."[2] Then, in 2009, it ranked No. 13 on VH1's 100 Greatest One Hit Wonders of the 80s.
The song's chorus, "She blinded me with science", plays upon the colloquial British expression "to blind [someone] with science", meaning to deliberately confuse someone by giving the impression of highly complex knowledge. In the song, however, the phrase is interpreted as a straightforward reference to the natural sciences[citation needed].
The song features interjections from the British scientist and TV presenter Magnus Pyke,[1] who repeatedly shouts "Science!" and delivers other lines in a deliberately over-the-top "mad scientist" voice, the most famous[citation needed] line of which was, "Good heavens, Miss Sakamoto! You're beautiful!" Producer "Mutt" Lange sings the high octave doubling Dolby's chorus vocals.
The song was showcased as part of Dolby's appearance at the South by Southwest 2007 music festival.[3]

In the music video, Dolby commits himself to a Home for Deranged Scientists. Throughout the course of the video, Magnus Pyke (as the Home Doctor) tries to diagnose what he is suffering from, all the while being seduced by Miss Sakamoto, a secretary in the home. Interspersed into the video, various "deranged scientists" operate fanciful inventions on the grounds of the Home and act deranged with normal scientific items. Dolby co-directed the music video with Steve Barron.[4]
Posted by MrGarabaldi at 5:54 PM