Why does Obama and the Democrats have a hardon for Gun Control....?


Because his fellow traveler Sarah Brady is a socialist, JUST LIKE HE IS! Thank GOD for Owl Gore's Internet. Note the little blurb in the lower right hand corner.   How 'bout that....?   This isn't about guns...it is about CONTROL. 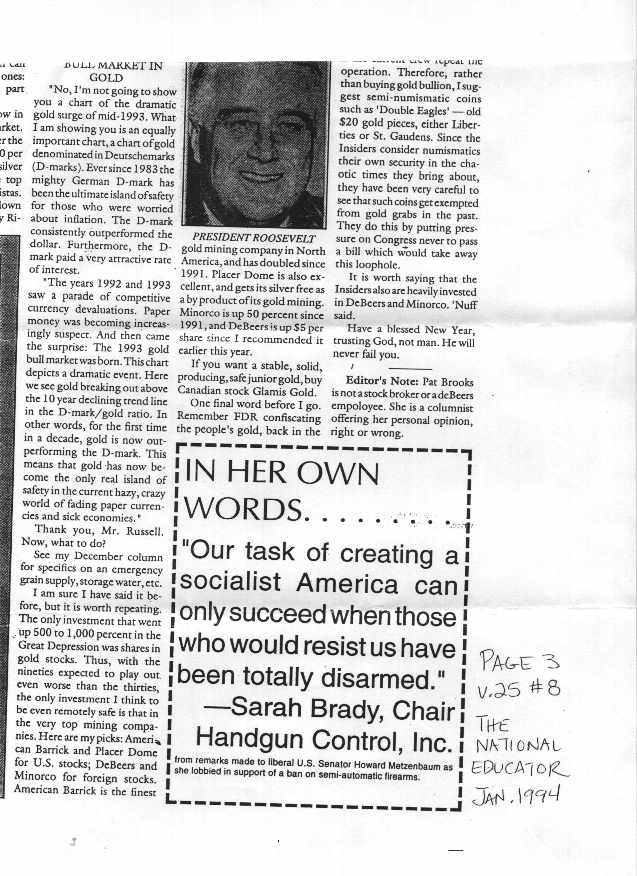 The small print reads:  "from remarks made to liberal U.S. Senator Howard Metzenbaum (he was actually a communist) as she lobbied in support of a ban on semi-automatic firearms.
How odd that this surfaces now. Sarah Brady trots out her useful idiot husband, to champion their gun grabbing cause when in reality, she, like all Democrats, wants total control over the population.
....MOLAN LABE

THE UGLY FACE OF A GUN GRABBING SOCIALIST PIG!

Posted by MrGarabaldi at 7:09 AM