Sorry about not posting the past couple of days.  I was working some major overtime:), I like to blog, but I like to get paid more.  First off  Happy Easter to all my fellow bloggers and visitors who may trip over my little corner of the internet.

Here is the information....: 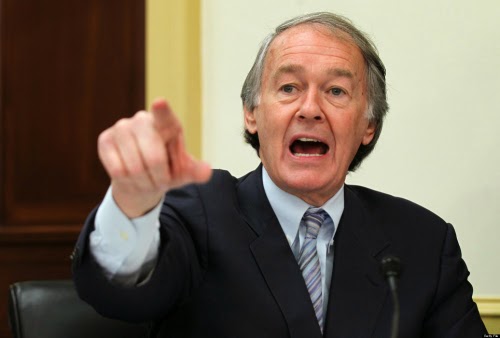 Boston (April 16, 2014) – Senator Edward J. Markey (D-Mass.), a member of the Commerce, Science and Transportation Committee, introduced legislation to examine the prevalence of hate crime and hate speech on the Internet, television, and radio to better address such crimes. The Hate Crime Reporting Act of 2014 (S.2219) would create an updated comprehensive report examining the role of the Internet and other telecommunications in encouraging hate crimes based on gender, race, religion, ethnicity, or sexual orientation and create recommendations to address such crimes.
In 1992, then-Rep. Markey, through the Telecommunications Authorization Act, directed the National Telecommunications and Information Administration to examine the role of telecommunications in encouraging hate crimes. Senator Markey’s legislation will provide a comprehensive updated report on the current prevalence of hate crimes and hate speech in telecommunications, as the last report was conducted and submitted to Congress over two decades ago, in December 1993. Congressman Hakeem Jeffries (D-N.Y.) introduced a companion bill in the House of Representatives, H.R. 3878.
“We have recently seen in Kansas the deadly destruction and loss of life that hate speech can fuel in the United States, which is why it is critical to ensure the Internet, television and radio are not encouraging hate crimes or hate speech that is not outside the protection of the First Amendment,” said Senator Markey. “Over 20 years have passed since I first directed the NTIA to review the role that telecommunications play in encouraging hate crimes. My legislation would require the agency to update this critical report for the 21st century.” 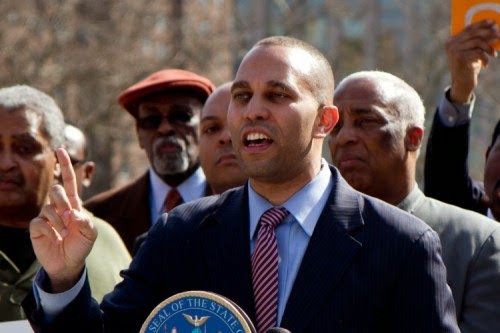 “The Internet has proven to be a tremendous platform for innovation, creativity and entrepreneurship. However, at times it has also been used as a place where vulnerable persons or groups can be targeted,” said Rep. Jeffries. “I commend Senator Markey for his longstanding leadership with respect to combating Hate Crimes in America. He understands that in the digital era it is important to comprehensively evaluate the scope of criminal and hateful activity on the Internet that occurs outside of the zone of First Amendment protection. With the introduction of Senator Markey’s bill, we have taken a substantial step toward addressing this issue.”
“I thank Senator Markey for his career-long commitment to ensuring that we have the data necessary to confront and combat hate speech in the media that targets our most vulnerable communities,” said President & CEO of the National Hispanic Media Coalition Alex Nogales. “NHMC has long-recognized that an update to the National Telecommunications and Information Administration's 1993 report, ‘The Role of Telecommunications in Hate Crimes’, is long overdue and desperately needed given the incredible evolution of our communications systems over the past 21 years as well as the ever-increasing numbers of hate crimes targeting Latinos and others. As the author of the original piece of legislation directing the 1993 report, there is nobody better than Senator Markey to join Congressman Hakeem Jeffries and others in calling on the NTIA to study this pressing issue once again.”
###

I have several salient points to make.  First off you noticed that both people are from the Godless,corrupt,self serving,hates America,big government Democratic Party...,   I also wonder who is going to decide what "hate speech" is?   As from what I read from the legislation,  If I say anything that might "offend" a protected minority or religious group, I will be targeted by the Feds.  Now I do have several questions...First off...There is the 1st amendment;  The First Amendment (Amendment I) to the United States Constitution prohibits the making of any law respecting an establishment of religion, impeding the free exercise of religion, abridging the freedom of speech, infringing on the freedom of the press, interfering with the right to peaceably assemble or prohibiting the petitioning for a governmental redress of grievances. It was adopted on December 15, 1791, as one of the ten amendments that constitute the Bill of Rights.
Now that we have clarified this, those clowns basically want to shut down dissent opinions that according to some bureaucrat I might offend some "protected group".  The brush is soo broad that anything that I might say about the Obama regime or anything that supports a conservative viewpoint. would be considered "Hate Speech".
Let me clarify, I will use the first amendment as a back drop.  First thing is the 1st amendment says "Prohibit the making of any law respecting an establishment of religion or impeding the free exercise of religion.  Now I remember a couple of years, we have had people from the Department of Justice telling any muslim groups that if anybody says any thing bad about the islamic faith to let them know and they would pursue federal action against the offenders.  Now this sounds like we already have a state sanctioned religion and it is islam.  I don't see the same offer made to the Christians and Jewish faiths.  We have islamic groups trying to shut down christian groups and they are using the courts and the justice department to do so. You doubt me....go check out what is going on in Dearborn Dearbornistan in the state of Michigan.  I am using this as an example,
Now to continue my using the 1st amendment as a backdrop.  Abridging the freedom of speech and infringing on the freedom of the press.  Now these people want to curtail my freedom of the speech because I might offend somebody?  This will use this law to punish and squash any dissent against the Obama regime or anybody else that falls into the progressive orbit..  Since he is a "protected minority" president, if I say "Obama sucks"  I can get hemmed up in this legislation.  This is a full assault on the 1st amendment.  Remember when "W" was president we had Queen Pelosi screech "Dissent is patriotic."   Now they want to muzzle the opposition to the president or anybody else that is liberal.   The double standard is galling.
The federal government has grown too large and is usurping our right and the rights of our states and the people have no clue, we are losing our freedom a little bit at a time..Well in this case...it is a lot.  Will there be "political commissars   observers" in the newsrooms to make sure that the news puts out a sanitized version that wholly supports the Obama Junta and any other democrats.  This is exactly what the founding fathers had in mind and what they feared so they had the 1st amendment because they knew that a unbiased aggressive media is a bulwark against tyranny from the government.
Now to the 2 gentlemen that proposed this piece of legislation...... 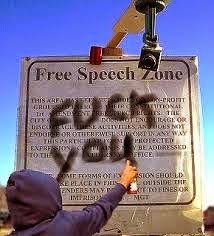 Remember we also have the 2nd amendment to support the 1st.

Now I am tired and I will fade away to sleep   zzZZZZZZZZZZZ
Posted by MrGarabaldi at 2:19 PM