I have been working a lot.  I am working again today....I have several half completed post in the waiting stages of completion for me to post.  I will post them Tuesday and later.  Monday is saved for ...you guessed it...."Monday Music"  the only consistent thing about my blog...well kinda...since I have posted them on Tuesday before....Oh well.  I was quickly perusing the news sites and I ran across this article.  I have shamelessly clipped it from "FoxNews".  I thought it was a very cool thing, I am a fan of historical stuff and this kind of thing is right up my alley.   I remember reading that when the AEF landed in France in 1917, General Pershing stated..."Lafayette...We are here..". 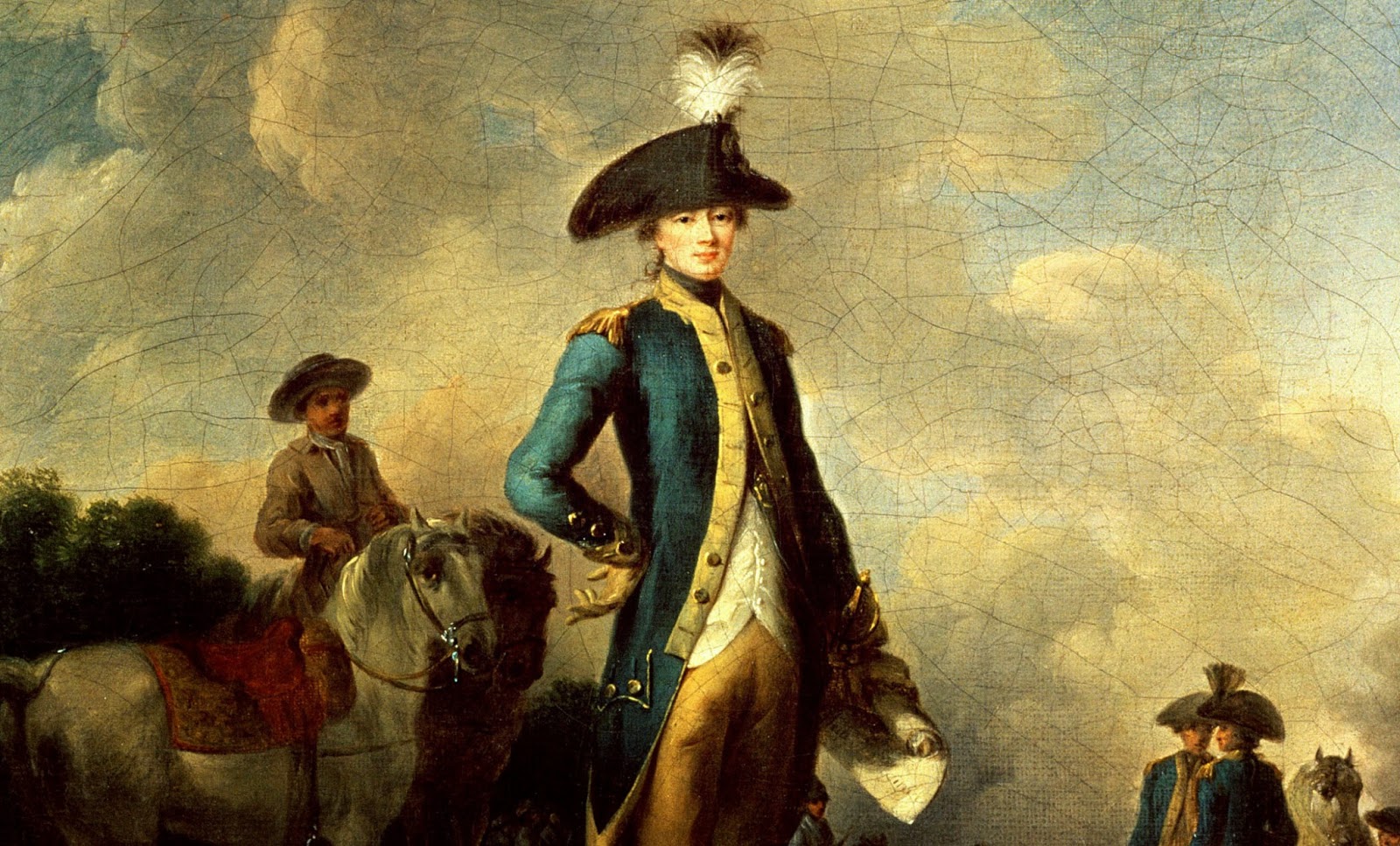 It was a debt of honor that was recognized because of the young French nobleman that came over to help General Washington in his fighting of the British. and was instrumental along with Benjamin Franklin in securing the aid of the French...The date was significant in 1780...That was when we won the battle of Saratoga and proved to the French that we COULD win against the preeminent power of England and that supporting us wasn't a lost cause. 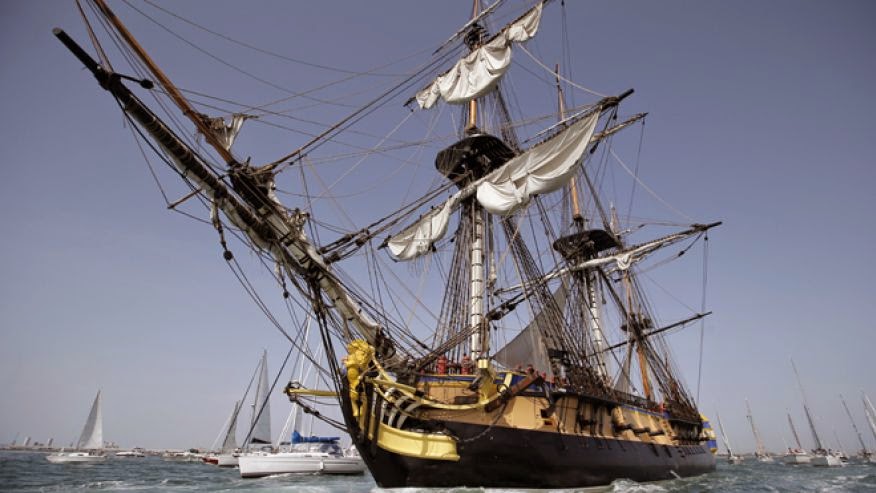 FOURAS, France –  With champagne, fireworks and a presidential blessing, a painstakingly built replica of the frigate once used to bring French troops and funds to American revolutionaries is setting sail for Boston.
Saturday night's celebratory sendoff for the $27 million Hermione seeks to retrace the 213-foot frigate's trans-Atlantic journey in 1780, when its namesake under Marquis de Lafayette's command helped to lay the foundation of French-American relations.
Lafayette persuaded French King Louis XVI to provide military and financial support to George Washington's troops. Lafayette set sail on March 21, 1780, arrived 38 days later in Boston, and played an important role in the revolutionaries' ultimate defeat of Britain.
French President Francois Hollande plans to take a short trip on the ship ahead of its official departure Saturday night.
The ship is the fruit of nearly two decades of brainstorming, fundraising and toil. Using captains' logs and manuscripts from the era, maritime experts and historians ensured that workers used the same construction materials and methods as those used to build the original.
Sailmakers sewed eyelets by hand on the 2,600 square yards of linen sails. Engineers replicated the pulley system. The vessel even was built in the same shipyard, in Rochefort in southwest France.
"It has been a very long project," said Miles Young, president of the Friends of Hermione-Lafayette in America. "You don't create an 18th century warship very easily these days. ... It took enormous efforts to find enough oak trees naturally shaped so they could create the helm."
Volunteer crew members will sail the frigate, with "Hermione" carved across its stern, across the Atlantic.
"Authority and respect for the hierarchy is what guarantees our safety on board and ensures the boat runs smoothly," said crewman Nicolas Masse.  "Given that more than 70 percent of the ship's crew is made up of amateurs, never questioning the line of command is something you have to learn."
A rigger, Woody Wiest, praised the international camaraderie aboard, and the unique experience of sailing in the 21st century on a ship made up of natural fibers and materials.
"When you put people side by side aboard a ship, they're puking together, they're cleaning the toilets together, they're really bonding," he said. "It makes for a very close and open relationship between people and it lasts forever."
The relationship born of Lafayette's journey has also been lasting. Even in times of modern diplomatic tensions, American presidents routinely refer to France as "our oldest ally."
"If it hadn't been for that French intervention at that time," Young said, "the war of independence probably wouldn't have been won."
U.S. Ambassador Jane Hartley is expected to attend Saturday's events.
Firing its cannons, the ship left the La Rochelle port earlier this week for a test run, escorted by sailboats and watched by thousands of cheering supporters on shore, some waving American flags. It has been performing exercises ahead of the voyage.
Among those aboard is Adam Hodges-LeClaire, a volunteer apprentice tailor dressed in period clothing.
"I wanted to push this experiment to its logical extreme, so I prepared a full 18th century wardrobe based on after-death inventories I found in the Paris archives and artwork from the period," he said. "So I have a full valise of 18th century clothes and nothing else. The experiment doesn't end until I get back to my house this fall and put on jeans again."
Posted by MrGarabaldi at 5:37 AM