I ran across this on my infrequent forays into the land of "Faceplant", a friend of mine had posted this with her dismay of the pretty young things posting pics that are suggestive in nature looking for the approval of strangers.  Well I read this and immediately thought of our petulant boy king and his incessant need for "Selfies"   Remember this one during the funeral of Nelson Mandella.. 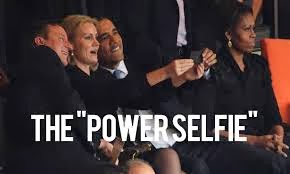 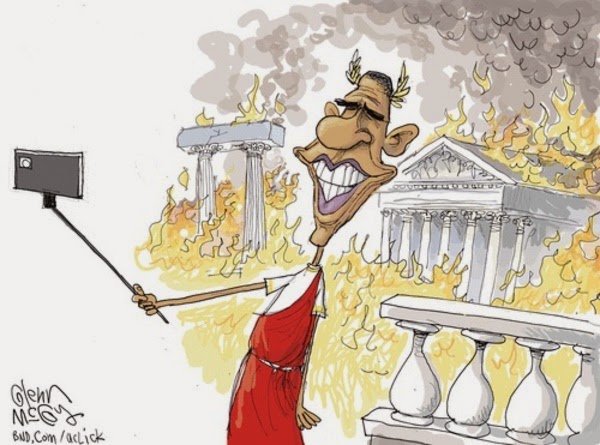 I have seen many pics of the President in selfies.....This confirms to me that he is extremely narcissistic individual.  This ties in with my belief that he is an extremely shallow individual and he is concerned about "his legacy" not what is best for his country.   He promised that he would fundamentally transform this country and he is well on his way to doing that and with the spineless republicans in congress, he has an open agenda.    I weep for the future of my great country and the great American experiment.  perhaps in the future they will try again and they will use the American system and fix the flaws that we discovered too late to prevent.

Posted by MrGarabaldi at 9:12 PM