I am running kinda late today and doing another "Monday Music" on a Tuesday...again....it happens, I was busy this weekend, then we had scouts on Monday and tonight.  I am pooped.
I remembered when this movie came out, it was real popular on MTV which played the video's all the time, the lyrics were catchy...and the line "I've been slimed" became a cultural icon.  I had a tee shirt with that logo on it.  Granted today the video would be considered "campy" or "corny" but back in 1984 it was all the rage. 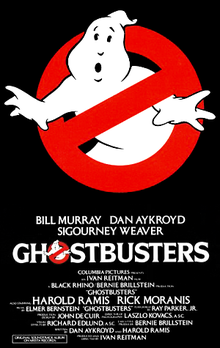 "Ghostbusters" is a 1984 song recorded by Ray Parker, Jr. as the theme to the film of the same name starring Bill Murray, Harold Ramis and Dan Aykroyd. Bowing at #68 on June 16, 1984, the song reached number one on the Billboard Hot 100 on August 11, 1984, staying there for three weeks, and at number two on the UK Singles Chart on September 16, 1984, staying there for three weeks. The song re-entered the UK Top 75 on November 2, 2008, at No. 49.
It was nominated at the Academy Award for Best Music, Original Song, but lost to Stevie Wonder's "I Just Called to Say I Love You". 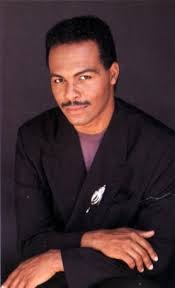 According to Parker, he was approached by the film's producers to create a theme song for the film, though he only had a few days to do so and the film's title seemed impossible to include in any lyrics. However, when watching television late at night, Parker saw a cheap commercial for a local service that reminded him that the film had a similar commercial featured for the fictional business. This inspired him to write the song as a pseudo-advertising jingle that the business could have commissioned as a promotion. Huey Lewis sued Parker over the similarities between "Ghostbusters" and Lewis' "I Want a New Drug". The matter was settled out of court.
Lindsey Buckingham claims to have been approached to write the Ghostbusters theme based on his successful contribution to Harold Ramis's National Lampoon's Vacation (the song "Holiday Road"). He turned down the opportunity as he did not want to be known as a soundtrack artist. He mentions this on the "Words & Music" interview disc.


The music video for the song was directed by the same director as the Ghostbusters film, Ivan Reitman, and produced by Jeffrey Abelson. It features a young woman, played by actress Cindy Harrell, who is being haunted by a ghost portrayed by Parker, roaming a nearly all-black house interior with vibrant neon designs outlining the sparse architectural and industrial features until the woman finally calls the service. It also contains footage from the film and features cameos from many celebrities of the day, including Chevy Chase, Irene Cara, John Candy, Melissa Gilbert, Ollie E. Brown, Jeffrey Tambor, George Wendt, Al Franken, Danny DeVito, Carly Simon, Peter Falk, and Teri Garr; all of whom exclaim the song's "Ghostbusters!" refrain when shown. Chase appears again after Garr, but chokes on his cigarette when he tries to exclaim "Ghostbusters!"; Franken also pops up in the house before the separately framed cameos begin.
The video concludes with Parker and the stars of the film, in full Ghostbuster costume, dancing down the streets of New York City. The Ghostbusters also perform the same dance in the closing credits to the Real Ghostbusters cartoon series as well as in a trailer for the 2009 Ghostbusters video game.

Posted by MrGarabaldi at 5:15 PM