Monday Music.."In the Navy" by the Village People

I was listening to my XM/Sirius while I was having to drive to work, not ride to work like I normally do because of rain.  Well I normally leave it on the 80's channel, but there are some songs from that decade that I flat don't like and I will surf the dial as they say.  Well I landed on the 70's channel and this song just started its run and I remembered the song and the catchy tune.  "In the navy" was a good followup for the "YMCA" that was released the year before.  I listened to disco when it came out, it along with the superbands of the 70's is a big influence on me.  I still like Disco and perhaps I will use one of the songs from "Saturday night Fever"  for a future "Monday Music".


"In the Navy" is a song recorded by American disco group Village People released in 1979. It was the last top 10 hit for the group in the United States. 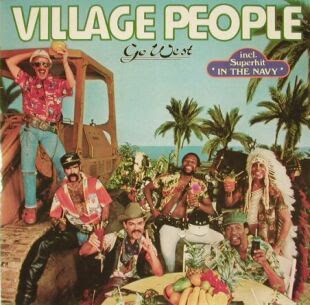 After the enormous commercial success of their 1978 hit "Y.M.C.A." which unexpectedly became the unofficial hymn and powerful advertising tool for the YMCA, the group took on another national institution, the United States Navy. The Navy contacted group manager Henri Belolo to use the song in a recruiting advertising campaign for television and radio. Belolo gave the rights for free on the condition that the Navy help them shoot the music video. Less than a month later, Village People arrived at the San Diego Naval base where the Navy provided them with the frigate USS Reasoner, several aircraft, and the crew of the ship (with the stipulation that they couldn't dance). The Navy later canceled the campaign after protests erupted over using taxpayer money for a music video of a controversial group.

In a landmark ruling in 2012, the United States District Court for the Southern District of California ruled that under the Copyright Act of 1976, Victor Willis (Village People's "Cop"/"Naval officer" and co-composer) can terminate his copyrights to songs written by him and granted to the publishers Can't Stop Productions and Scorpio Music." Willis now owns (recaptured) 33% of his songs
Posted by MrGarabaldi at 11:30 PM