Arrow of light ceremony and musings...

This past monday my son brought back the old tradition that the Order of the Arrow would perform at all Arrow of Light ceremonies... 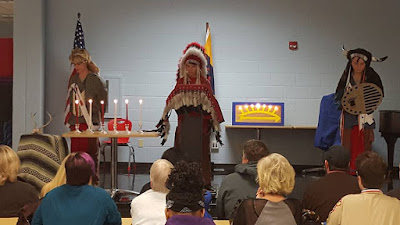 The Order of the Arrow is the honor society of the Boy Scouts of America.   They used to do the arrow of light ceremony for the Cub Scouts in the area.  However the OA had gotten away from that.  Finding arrowmen who wants to perform on the ceremony team  is problematic.  Most of the kids don't want to devote any time to this.  My son restarted up the ceremony team for this.  He started talking about it several months ago and I told him " you want this....you set it up...it is your baby."   Well he did.  I was very proud of him. 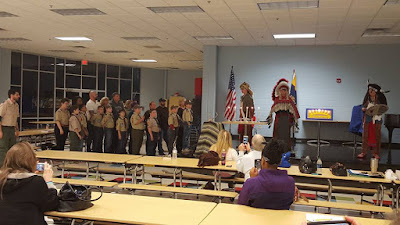 My son was afraid of making a mistake and I told him..."Keep in mind, these people will not know exactly what is to happen, they are glad y"all are here, you added a *Wow* factor to their ceremony." 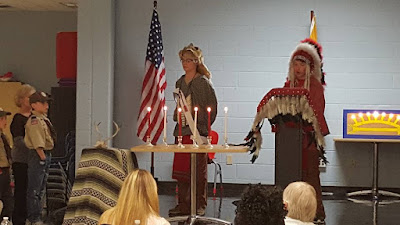 The people in the Cub Scout pack were blown away by the pomp and ceremony involved.  This was a good thing for the lodge and gave the new scouts something to look forward to in the Boy Scouts.

Now on the the election year circuses......The Trump is going through the GOP field like a shark through a surfer.. 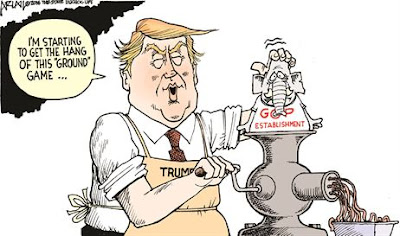 The establishment is terrified, their hand picked candidates are getting removed one by one...from Christie, to Jeb to now Rubio is the last hope of derailing the Trump Train.  I have no pity for the GOP establishment, they have blown off their base the last 3 elections.  We elected them to stop the Obama hope and change.  Instead the establishment GOP rolled over and showed Obama their belly and did nothing except trying to preserve their spot at the trough.
I read some "conservative" talking head at one of these conservative magazines that stated that "if Donald is the nominee, he would recommend that people vote for Hillary, because that is the person that they can rally the GOP around."  So lemme get this straight...in the name of ideological purity you would vote for the democrat candidate.....?    are you kidding?    the damage that Obungler has done is massive, so in the name of ideological purity you would continue to damage the country because it is better for the party?.  Crap..that is how democrats think....to them it is party first.  I always believed that the GOP was above such craven behavior...but crap like this reinforced the belief that both parties are one half of the whole. 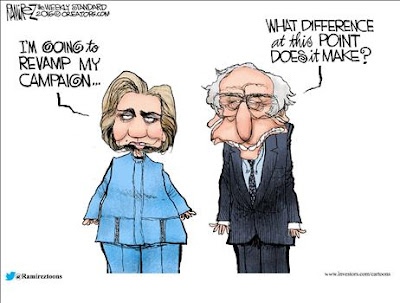 On the democrat side, the Bern is raising hell on the Annointed one on the Democrats side.  She won the Nevada primary....this showed the power of the "fix" to Bernie.  Harry Reid and the democratic machine made sure that she won that one....to hope to slow down the road to socialism that the democrats are peddling to the millennials 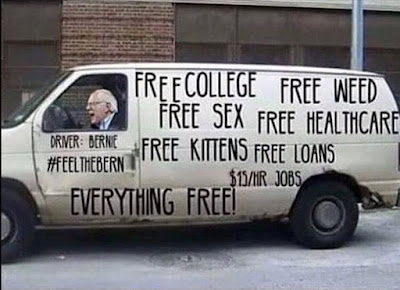 Bernie is tapping into the lack of reality that many younger people have.  I blame this on the socialistic school system that didn't educate people, just indoctrinate them in a certain ideology.  Now we as a nation are paying the price for the economic beliefs and pipedreams of the younger generation. 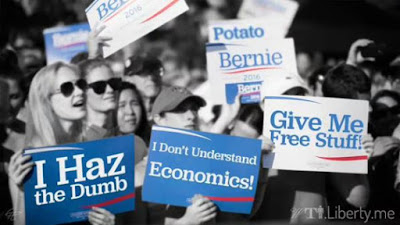 I saw and listened to the speech Obama gave for his reason to close Gitmo.  He wants to move the most incorrigible of the terrorist in the U.S. legal system where they would have all the access of the American system. 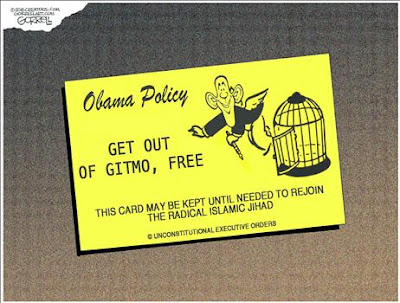 Anybody that says otherwise is being delusional.  Can you see all the mechanism that will be utilized as they use our own system against us.   They would find a lot of "fellow travelers" that will assist those terrorist to use our system against us.

Email ThisBlogThis!Share to TwitterShare to FacebookShare to Pinterest
Labels: election 2016, Order of the Arrow., rants and musings