Monday Music "Pride in the name of Love" by U2

I remember hearing this song while I was in Germany.  It is still very popular in the radio stations and on Sirius/XM.  I think the song is ok personally, I like their "Sunday bloody Sunday and "new Years Day and of course "where the streets have no name " as my personal favorite songs from U2.
I decided to run this song on "Martin Luther King Day" because it was a song about Martin Luther King Jr.  I understand and agree with what Martin Luther King was doing, but I don't think he would appreciate oh how his legacy and dream has been squandered and wasted by the new generations.

"Pride (In the Name of Love)" is a song by Irish rock band U2. The second track on the band's 1984 album, The Unforgettable Fire, it was released as the album's lead single in September 1984. Written about Martin Luther King Jr., the song received mixed critical reviews at the time, but it was a major commercial success for the band and has since become one of the band's most popular songs. "Pride" appeared on the compilation The Best of 1980–1990 as the opening track, and on the 2006 compilation U218 Singles.
The song ranked number 388 on the Rolling Stone list of the 500 Greatest Songs of All Time and is included in The Rock and Roll Hall of Fame's 500 Songs that Shaped Rock and Roll


The melody and the chords were worked up in a November 1983 War Tour sound check in Hawaii and completed in Windmill Lane Studios during The Unforgettable Fire recording sessions. 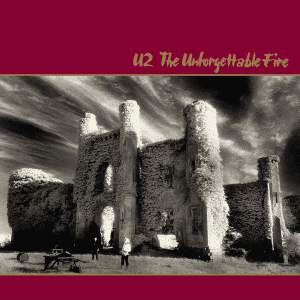 The guitar part is subtly varied through each verse, chorus, and melody, such that no riff is exactly repeated.
The song contains the erroneous reference to King's shooting as "Early morning, April 4," when it actually occurred after 6 p.m. Bono acknowledges the error and in live performances he occasionally changes the lyric to "Early evening..."
Chrissie Hynde of the Pretenders sang backing vocals on the recording. She was married to Jim Kerr of Simple Minds at the time and she is credited as "Christine Kerr".

"Pride" reached number number 3 on the UK Singles Chart and number 8 on the Dutch Singles Chart. The song was the band's first top 40 hit in the United States where it peaked at number 33. It gained considerable US album-oriented rock radio airplay and its video was on heavy rotation on MTV, thus helping U2 continue its commercial breakthrough begun with the War album. It reached number 1 in New Zealand, the first time a U2 single topped a country's singles chart.
Initial critical reactions to "Pride" were mixed, especially in regards to the lyrics. Robert Christgau in The Village Voice complained of "the moralism with the turn-somebody-else's-cheek glorification of Martin Luther King's martyrdom."Meanwhile, Kurt Loder of Rolling Stone wrote that "'Pride' gets over only on the strength of its resounding beat and big, droning bass line, not on the nobility of its lyrics, which are unremarkable."
But the 1984 Pazz & Jop poll of 240 music critics ranked "Pride" as the 12th best single of that year, a higher ranking than the overall album, which finished 29th. The single's ranking remained the highest of any U2 single until "One" achieved 8th in 1992.And in 1989, Spin named the song the 65th-greatest single in history. Rolling Stone magazine later (2010) placed the song at number 388 in their list "The 500 Greatest Songs of All Time".[12] The Rock and Roll Hall of Fame selected "Pride (In the Name of Love)" as one of 500 Songs that Shaped Rock and Roll. Music television network VH1 ranked the song number 38 on the "100 Greatest Songs of the 80s" countdown in its series The Greatest. In 2004, Mojo placed the song at number 63 on its list of the "100 Epic Rock Tracks"

Three music videos were made. The first was shot in August by director Donald Cammell and features opening and closing shots of the Dublin Docklands area. Two versions of this video exist; black and white and colour (sepia). The band was not satisfied with Cammell's video, and they agreed to their principal photographer, Anton Corbijn, shooting an alternative. The second video was filmed in a basement near London's Heathrow Airport, it features U2 standing sternly in front of a wall under poor lighting conditions. The U2 camp was also unimpressed with this video and a third video is produced by compiling footage shot during The Unforgettable Fire recording sessions at Slane Castle. The original (black and white) Cammell video was primarily used in promotion.