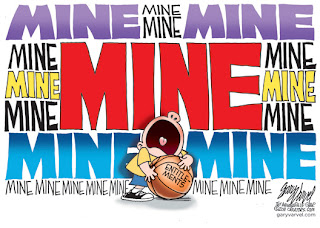 Government payouts—including Social Security, Medicare and unemployment insurance—make up more than a third of total wages and salaries of the U.S. population, a record figure that will only increase if action isn’t taken before the majority of Baby Boomers enter retirement.

Even as the economy has recovered, social welfare benefits make up 35 percent of wages and salaries this year, up from 21 percent in 2000 and 10 percent in 1960, according to TrimTabs Investment Research using Bureau of Economic Analysis data.
“The U.S. economy has become alarmingly dependent on government stimulus,” said Madeline Schnapp, director of Macroeconomic Research at TrimTabs, in a note to clients. “Consumption supported by wages and salaries is a much stronger foundation for economic growth than consumption based on social welfare benefits.”
The economist gives the country two stark choices. In order to get welfare back to its pre-recession ratio of 26 percent of pay, “either wages and salaries would have to increase $2.3 trillion, or 35 percent, to $8.8 trillion, or social welfare benefits would have to decline $500 billion, or 23 percent, to $1.7 trillion,” she said.
Last month, the Republican-led House of Representatives passed a $61 billion federal spending cut, but Senate Democratic leaders and the White House made it clear that had no chance of becoming law. Short-term resolutions passed have averted a government shutdown that could have occurred this month, as Vice President Biden leads negotiations with Republican leaders on some sort of long-term compromise.
“You’ve got to cut back government spending and the Republicans will run on this platform leading up to next year’s election,” said Joe Terranova, Chief Market Strategist for Virtus Investment Partners and a “Fast Money” trader.
Terranova noted some sort of opt out for social security or even raising the retirement age.
But the country may not be ready for these tough choices, even though economists like Schnapp say something will have to be done to avoid a significant economic crisis.
A Wall Street Journal/NBC News poll released last week showed that  less than a quarter of Americans supported making cuts to Social Security or Medicare in order to reign in the mounting budget deficit.
Those poll numbers may be skewed by a demographic shift the likes of which the nation has never seen. Only this year has the first round of baby boomers begun collecting Medicare benefits—and here comes 78 million more.
Social welfare benefits have increased by $514 billion over the last two years, according to TrimTabs figures, in part because of measures implemented to fight the financial crisis. Government spending normally takes on a larger part of the spending pie during economic calamities but how can the country change this make-up with the root of the crisis (housing) still on shaky ground, benchmark interest rates already cut to zero, and a demographic shift that calls for an increase in subsidies?
At the very least, we can take solace in the fact that we’re not quite at the state welfare levels of Europe. In the U.K., social welfare benefits make up 44 percent of wages and salaries, according to TrimTabs’ Schnapp.
“No matter how bad the situation is in the US, we stand far better on these issues (debt, demographics, entrepreneurship) than other countries,” said Steve Cortes of Veracruz Research. “On a relative basis, America remains the world leader and, as such, will also remain the world's reserve currency.”
For the best market insight, catch 'Fast Money' each night at 5pm ET, and the ‘Halftime Report’ each afternoon at 12:30 ET on CNBC.
______________________________________________________

John Melloy is the Executive Producer of Fast Money. Before joining CNBC, he was an editor for Bloomberg News, overseeing the U.S. Stock Market coverage team.