I saw this through my good friend Shelldude, I liked it so much I shamelessly "borrowed" it. 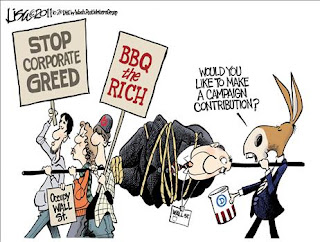 From an email making the rounds on the Internet:

And -- when the free stuff stops we will riot, burn, steal and commit mayhem.
For the "rich" owes us! It is happening in England and coming here soon.

And that's the Straight stuff!

And that's the ungrateful entitlement mentality. I'll give charitably to those who are down on their luck, but the rest of you can take a hike. The government is not authorized to take what I earn and redistribute it as they see fit.
Posted by MrGarabaldi at 1:16 AM