I am really pissed   I had to think about this...how to frame it without spewing a bunch of invectives on the keyboard, I try to maintain a PG site since my kid likes to see what I post.   I saw on the news that our embassy's  in Egypt and Libya was sacked........they burned the American flag and tried to run up the Jihad flag.  They killed our ambassador in Libya...and Obama sends an apology to the 7th century degenerates because he was afraid to hurt their feeling?    Rage don't begun to cover how I feel.  We are humiliated on the world front by the same people that were our allies before Obama and crew favored a regime change and took out Mubarak that was a staunch ally of the United States and Israel. 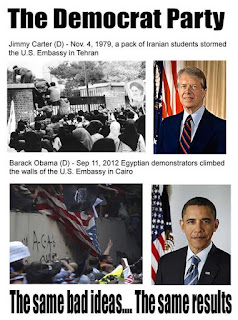 Embassies are the sacred soil of the country that has its flag on it.  the laws of that country are the laws in the embassy.  The host country is supposed to guarantee the safety and security of the embassy, this is a bedrock of international law.  With our embassies getting sacked by the mob. it is a piece of the United States that has been invaded.  This should be a concern to the present administration, but I guess that they are used to pissing on our national sovereignty since they refuse to stop the illegals from crossing our border and have ceded huge sections of our border to the drug cartels.
The Arab spring that Obama has favored has basically put the Muslum Brotherhood in charge of these countries.  Forst off, he supported having mubarak leave in favor of the radicals...then he does an end run around the U.S. Constitution to support the Libyans in throwing off Quadaffy Duck.  These same people that Obama supported killed our Ambassador and 3 other Americans.  And what does he do....Issue an Apology....Am I missing something here...?  Americans are killed but we have to apologize...?   This also happened on 9-11...think that was an accident...?  I heard from some of the news cast that the people were chanting..."Obama...we are all Usama"  think this was an accident....?  a sudden uprising...?  This was planned to humiliate us and with Obama in the white house they knew that he has no spine...He is afraid of offending the muslims so he lets them do what ever the hell they want and he issues apologies...?   Like I said...Rage don't even cover the depths of how I feel right now.
And  top it off despite the crisis going on....what is his priority...A campaign stop in Las Vagas so he can raise more money to get his sorry pussy ass reelected.   Like I said...I am pissed.   he goes to Egypt to do a "reset" of our policies to the Muslims....he also told NASA that their prime duty is to tell Muslims how good they are with math and science. 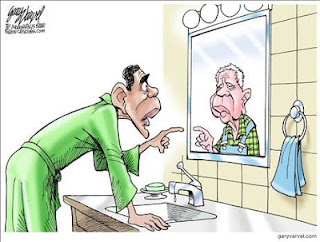 EXCERPT:  "(CNSNews.com) - On the day after the U.S. Ambassador to Libya and three other Americans were killed in Benghazi, the  White House on Wednesday morning released a schedule showing that President Obama would continue with his planned campaign trip to Las Vegas."
Can you imagine the UPROAR in the Liberal Lapdog Media and the leftist clowns across America if a Republican president ignored an attack on our embassies? The liberal/communist/rat/bastards moaned and twisted their hankies over Bush 43 remaining calm and finishing read the book to the kiddies on 9-11-2001! But oddly enough, they are AWOL right now.   Nothing is being said...they are really carrying the water for the ChicagoMessiah"
This is what President Obama said...you know the one that is supposed to represent us said about what transpired
"outrageous attack on our diplomatic facility in Benghazi, which took  the lives of four Americans. While the United States rejects  efforts to denigrate the religious beliefs of others, we must all  unequivocally oppose the kind of senseless violence that took the lives of these public servants."

What the hell....?  Where are the Marines...to take back those compounds back...?  where is the fleet...?  Where is the 101 Airborne...?   All he can do is make a statement like that and go campaigning...?   Jeez...His priorities are really screwed up.  This is what happens when we elect a president that was never raised here and have no idea of what it takes to be an American.