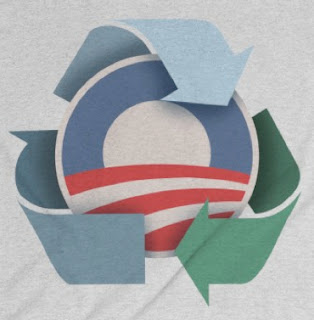 I watched the DNC last night, Queen Moochelle gave a good speech humanizing Barack , but the other stuff was the same old thing...When I was in the service, we called it "Sierra Square....Delta Square"   SSDD or same sh*t different day.   All the Democrats can do is roll out the same old thing..."we gotta get more rich people to pay their fair share ....and it is all Bush's fault".  When we have about 50% of the households  here in the states that are not paying in anything but getting free stuff from the government...this is an entitlement problem.  When we have 1 out of 6 homes getting food stamps...this is a problem...when we have the average household payroll has lost about $4000 in 4 years...we have a problem.  All the democrats can do is roll out the same old song and dance...they must believe that the American people are stupid....well most of them since this empty suit got elected 4 years ago on some vague promise of "Hope and Change".   Well hope and change has become "Divide and Conquer"  and they promise key groups certain goodies for their vote rather than talk to all Americans.  This is Obama's strategy..to play the groups off each other and eck out a win.  he can't run on his record...what has he done...?   Oh yeah...Obamacare...the Democrats had the Presidency, and control of congress...they can do anything they wanted...and they forced Obamacare down our throats.....and the porkulus bill....it was a slush fund for the democrats. When MSNBC got $500,000 dollars to run political ads for the administration paid for stimulus funds...somebody got a payoff.  Now out debt has hit 16 TRILLION dollars.....what was it when he took over...I think 10 Trillion...This is unsustainable..Our Triple AAA credit rating was downgraded to AA, and Obama tried to pursue a political witch-hunt against them rather than try to fix the problem..we are drowning in a fiscal seal of red ink and the democrats are organizing the deck chairs on the titanic while promising the same old stuff....It is unbelievable. 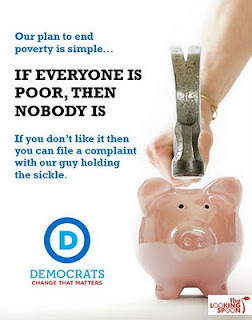 Posted by MrGarabaldi at 9:13 AM