Our future under Obamacare..

I saw this from one of the British newspapers that I read.

The British NHS is the standard that the people that espouse Obama-care want, the single payer(read tax-payer-funded) system.  The system that will be full of government employees that cannot be fired for being incompetent because they are part of a union which contribute to democrats.    The system that will reward sloth and multiculturalism. not empathy and competence.

Our future under obamakare 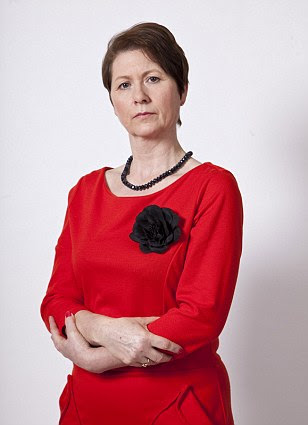 Julie saw how the heroic kindness of a few good nurses and doctors was over-ridden by the careless, the bullying and power-hungry
The room was grubby, cramped and windowless, and Julie Bailey had been summoned to it by a hospital doctor. He clicked his fingers to demonstrate how swiftly her mother’s condition could decline, warning that the end would not be merciful. ‘Your mother will die a painful death,’ he said. ‘It is best that you leave her here with us.’

She did not hear the medical explanation that ensued. She was mute with shock; confounded. Then the doctor slid a piece of paper towards her. It was a Do Not Resuscitate form. Quietly but firmly, he urged Julie to sign it. Suddenly she was alert, defiant. ‘Of course I will not allow my mum to die!’ she said, refusing to sign the form.

For Julie, 50, a café owner from Stafford, the incident was pivotal. It marked the moment when she resolved that she would never again leave her mum Bella, 86, alone in the hospital; the moment her faith in its staff evaporated entirely.
‘Before I left the room, I told the doctor: “As long as my mother is in this hospital, she will have her family with her. I have no trust in you. She is not safe here”,’ Julie recalls.

Thereafter, for the next eight weeks until Bella Bailey did indeed die, with a degree of pain and terror that could have been avoided, her daughter remained at her bedside, day and night.

On the rare occasions when Julie — a divorcee and mum to Laura, 23, and Martin, 33 — left her post to go home for a night of unbroken sleep, other family members rallied.

And during the round-the-clock vigil, the scenes she witnessed were harrowing. The ward was filthy; patients sounded their buzzers in vain. Julie, unable to ignore the chaos, stepped in. ‘I emptied a bowl of vomit; scrubbed blood from walls; helped a patient onto a commode. I washed faeces from the hands of one elderly woman who had been left in the same soiled clothes for four days.

‘There was one confused patient who was so parched with thirst because she had no water that she drank stagnant water from flower vases.