I listen to Boortz when I can and regularly check out his website.  I was concerned when the Liberal media...I know....same thing and the democraps started the war on women.   The Republicans fell into the trap and totally blew a race that they could have won.   Obama couldn't run on his record...so he and the Dems used social issues to hang the GOP and they obliged.   Now we have to deal with 4 more years with "Mr Flexible" because of the social issues.   They are important, but they could have waited until the fiscal house was in order.  If I was the Republican Strategist, I would have hammered them on the economy, jobs, economy, jobs and "are you better off than you were 4 years ago".  In stead the republicans got hung up in social issues and got burned and we got 4 more years of Obama. 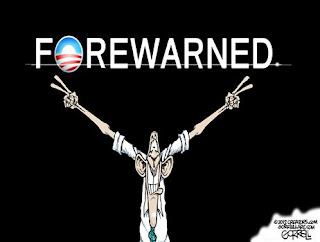 The Republican Party needs an exorcism.  It needs to rid itself of these abortocentrist nutcases who are chasing away voters, particularly women.  This is about as clearly as I can say it: Abortion is NEVER going to be illegal.  Get over it!  The sooner you come to terms with this, the sooner you will be able to regain credibility with the voters.  Your boys Todd Aiken, Richard Mourdock and John Koster chased away millions of female voters with their idiotic remarks about abortion … and they cost us two seats in the Senate.  How bad was it?  Romney carried Mourdock’s home county in Indiana!  His opponent, Joe Donnelly, was the first Democrat to win a statewide race in Indiana in more than a decade!  Are you listening, Republicans?  Mourdock was a shoo-in!  Then he opened his yap about abortion, and women went screaming for the exits.  What did he say?  Well – simply put – the message to women was that if you’ve been raped, don’t worry your pretty little selves over whether or not you might be pregnant, because if you are it is, after all, a gift from God!
Now here’s the problem, dear GOP leaders.  Read this quote from Wayne Parke.  He’s the Chairman of the Vanderburgh County Republican Party.  That’s Murdock’s home country --- the one he lost:


"I was quite surprised and disappointed that Mourdock didn't carry his own county. But it's an indication that everything you say is so important and that debate comment he made just turned out to be disastrous."

Duhhhhhhh!  Really?  You’ve learned that lesson now, have you, Mr. Parke?  Could you please send some memos to the Republican National Headquarters?  Who knows --- if you and the GOP leaders had figured this out months ago, and if the word had gone out that GOP candidates needed to shut the hell up about abortion --- maybe things would look quite a bit different today.
The same goes for gay marriage.  If you can make the case that a married gay couple living down the street from you, or across town for that matter, is going to have any negative impact on your own life, then I would say that we need to have a debate on the subject.  Nobody has shown me that yet, so how about getting your GOP noses out of other people’s bedrooms?    I’ve been on the air for years and never in my 42 years of talk radio has anyone been able to tell me how Joe and Steve living down the block in wedded bliss will have any impact on their life.  Come into the 21st century with me on this one and just leave the issue the hell alone.  If you’re so determined to defend the institution of marriage – the concept of committed couples living together in a dedicated relationship – then why don’t you turn your attention to Hollywood.  Forget about demonizing a gay couple that is every bit as much in love and committed as you are to your spouse.  Aim your derision on the Hollywood crowd that looks at marriage as not much more than a new car – something to be traded in on a new model in two years.
And when it comes to immigration, rounding up all the Mexicans in this country and sending them back to Mexico is never, ever going to happen.  Do you hear that?  It ISN’T going to happen!  Does it occur to you that these people come here because they WANT to work?  Do you really have such a huge problem with aspirational people?  So come up with a reasonable policy on immigration reform, and lock down the borders.  No problem with that.  But give up this asinine idea that those already here – those who have been here for years – are going to be loaded into railroad cars and sent back to Mexico.  Do you really want that?  Do you really want to depend on those Americans who would rather spend their days hanging around convenience store scratching goo off lottery tickets instead of putting in an honest days work?  Do you really want to pay $16 for a BLT?  Yeah .. that’s right.  Scare the folks with the actual work ethic away while pampering the moochers and leaches.  Yeah .. that works.  What do you think a Hispanic American citizen thinks when he sees a political party dedicate itself to the cause of taking a young female college student – a young lady who has lived here since her parents brought her here illegally when she was three – and deporting her to a country she has never known?  Do you think it’s likely that Hispanic citizen is going to vote for your candidate?  Tell me how that works.
Stop crying in your beer and listen up.  America is going to suffer another four years under Obama because of YOU.  The Republican party blew this one --- big time.  Abortion – gay marriage – immigration reform.  The perfect electoral storm, and you couldn’t have played it any worse.  Leave these issues alone!  Drop them!  If the GOP cannot turn loose of this mindless social conservatism, then you will be relegated to second class status (politically speaking) for the remaining days of this Republic, which may not be all that many.  The Republican Party as it currently stands needs to die.  Like a phoenix, it needs to burst into flames and from its ashes rebuild into a party focused on …
Did you see abortion or gay marriage on that list?  Didn’t think so.  The Republicans need to become more Libertarian and less religiously authoritarian or the Party is dead.  It’s amazing that these social conservatives have managed to screw this country they claim to love so much by handing Democrats victories this week thanks to these social issues.
Posted by MrGarabaldi at 5:44 PM