I decided to keep "Monday Music" in the sixties for this week.  Last week I did Nancy Sinatra "These boots are made for walking".  This week I did this song "Age of Aquarius".  This song and a couple of others pretty much described the 60's to millions of people.  The 60's was a revolution in music and massive social change and upheaval.  We had several prominent people assassinated during this decade from the assassination of J.F.K which scarred the national psyche to the possibilities that might have been.  From the death of M.L.K and finally Robert Kennedy.  Those were the low points, the War in Vietnam was raging all over American television so the people were actually seeing "War" for the first time.  To the high point of the moon landings in 1969 that helped ended the decade that changed America.

"Aquarius/Let the Sunshine In" (commonly called "The Age of Aquarius" or "Let the Sunshine In") is a medley of two songs written for the 1967 musical Hair by James Rado & Gerome Ragni (lyrics), and Galt MacDermot (music), released as a single by The 5th Dimension. The song peaked at number one for six weeks on the U.S. Billboard Hot 100 pop singles chart in the spring of 1969. The single became the first medley to top the American pop charts and was eventually certified platinum in the U.S. by the RIAA.[1]
The song listed at #66 on Billboard's "Greatest Songs of All Time."[2] 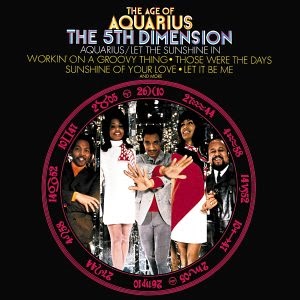 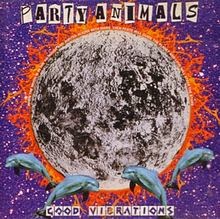 This song was one of the most popular songs of 1969 worldwide, and in the United States it reached the number one position on both the Billboard Hot 100 (for six weeks in April and May) and the Billboard Adult Contemporaries Chart. It also reached the top of the sales charts in Canada and elsewhere. It was also ranked as the #1 single for 1969.
The recording won both the Grammy Award for Record of the Year and Best Pop Vocal Performance by a Group for the Grammy Awards of 1970, after being published on the album The Age of Aquarius by The 5th Dimension, and also being released as aseven-inch vinyl single record.
The lyrics of this song were based on the astrological belief that the world would soon be entering the "Age of Aquarius", an age of love, light, and humanity, unlike the current "Age of Pisces". The exact circumstances for the change are "When the moon is in the seventh house, and Jupiter aligns with Mars." This change was presumed to occur at the end of the 20th century; however, majorastrologers differ extremely widely as to when. Their proposed dates range from 2062 to 2680.
"Aquarius/Let the Sunshine In" was ranked thirty-third on the 2004 AFI's 100 Years...100 Songs.

Posted by MrGarabaldi at 9:53 PM