I am loading this post in my scheduler since I will be camping with the Boy Scouts again....I will try to post some pics like I did last week.  But we will see.
I snagged some pics that seemed to 'splain liberal views pretty well so I figured I would post them and expound on them. 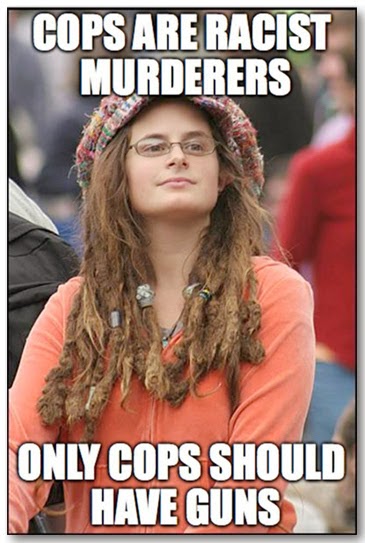 You noticed that the same people that believe that all cops are racist murderers should be the only ones that are armed.....For some reason there is a disconnect of a higher brain function.  They want to be told what to do by the state for they view the state as "Mother and Father" and we as children should do as we are told.  They want the "nanny State" but at the same time they disparage the enforcement arm of the nanny state.....It is a cause and effect thing. 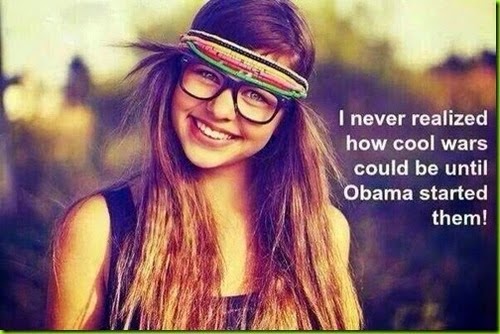 You notice that the same people that pilloried "W" for his "Warmongering" has been silent since the "anointed one" has interfered in Libya, Syria and other places....where in the hell is "Code Pink"   Those moonbats have been silent since the Democrats have been in charge of the government.  That tells me that they are political opportunist.  You will see them at a conservative event, but not as a liberal event. 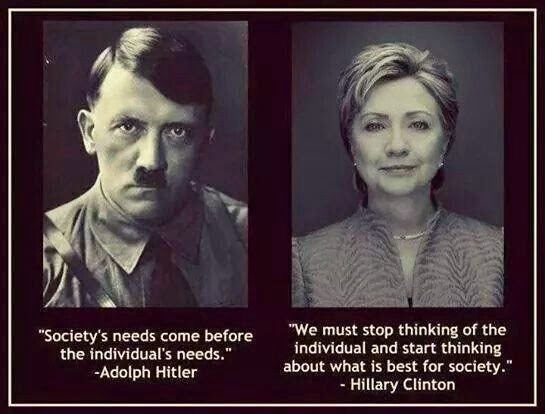 What is with Liberals that believe that we "belong to the state."  That totally goes against Western Thought.  We the individual is prized.  But these people believe that "society" or in their case " The State" has first dibs on us.  That is totally against  American thought and beliefs.
Posted by MrGarabaldi at 9:20 AM